Happy Halloween from the ISS! 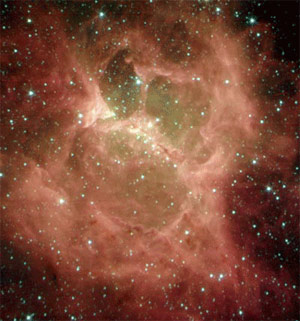 The eggheads tell me this is supposed to be some evil Halloween face. I just see more space garbage.CJ O’Mally was just eight years old. He loved his mommy and daddy very much. He wanted to be a veterinarian very much when he grew up. Only, CJ wasn’t going to grow up, because there was a monster on the loose.

CJ didn’t know it, but a burst of interstellar radiation emitted by a quasar in some other fucking bullshit galaxy nobody even noticed is about to bathe the surface of the earth in lethal doses of invisible gamma rays. There won’t be any warning where CJ lives. Just a flare in the ionosphere and then every living thing on the planet will drop dead.

That’s quite a spooky mystery, don’t you think? Only won’t be nobody left to solve it. Everyone on earth will be dead and out here, well, I can tell you from experience that there’s nothing much going on out here. No aliens or UFOs. No alternate dimensions. Just an infinity of shit-sucking nothing. Fucking sucks.

You seen that movie Knowing? Commies downloaded it on some computer connection and we watched it on the big CRT monitor they brought up in a duffle bag. Fucking gayest movie ever. Don’t watch it. But the point is all this shit is going bad and the world is ending and then Nicolas Cage fucking takes his kid to aliens who take the kid to some planet with wheat fields or some shit.

It ain’t gonna happen. Number one, aliens don’t exist and, number two, if those fuckers did they wouldn’t give a shit about us. They’d just look at all of our bullshit like Carhenge and the Eiffel Tower and they’d just drop their shitter juice into our atmosphere and gas it for the pussy planet.

Nope, we’re in this all alone, and odds are we’re going to die a sudden and unavoidable death. I mean, kids, everyone dies, but eventually everyone will be dead. Extinction event. Like a big, cosmic AIM-9, only we ain’t got an ejection seat big enough for the human race. It’ll take us 50 years to set up a moon colony. 100 for a real mars colony. And that’s being way optimistic knowing the shitbirds running this outfit. 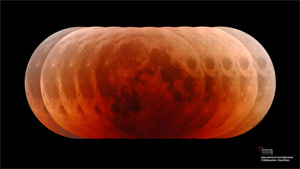 Oh, the moon is a pumpkin. I get it!So say something wipes out the planet earth. Not the gamma rays, because they’d kill everything in the solar system. Let’s say a meteor that wipes out human life. But we’ve got the ISS and maybe a moon colony or a mars colony, right?

Nope, all we get to do is sit back and watch while all you poor fucks on earth die, and then we wait to run out of oxygen or water or food. Maybe the food will go first and we’ll eat each other. Maybe we can lasso that Russian rocket with the dogs or some of our monkey rockets. Get a nice freeze-dried puppy to chow down on. But a dead Cosmonaut or some petsicles are only gonna last so long.

At that point, we’re done for. Adios. We can’t even get back to earth if we want to.

And that’s probably what we deserve. You know how many plants and animals had to die to get one astronaut into space? Jesus H, don’t even think about it, kids. Don’t even. Because launching one space rocket is a goddamn apocalypse.

I saw a thing that said that there in like 1998 they did a survey of some river in China looking for this river dolphin. Used to be oodles of those stupid fucking things, splashing around and clicking like assholes. So these scientists drive up and down the river again and again. Searching and searching. You know how many dolphins they found?

No, see, you’re gonna say zero on account of my fucking drunk ass negative Halloween tone, but you don’t even know. Because those fuckers found one. They found one goddamn river dolphin. All by himself, just swimming around waiting to fucking die. Think about that shit for a second. Jesus H we are pieces of shit.

Just remember, death is coming for us all, even little CJ O’Mally. And we deserve it.

Happy Halloween and God Bless the USA! I'm gonna go run an experiment to see if I can still choke to death on my own puke in zero gravity.