Subj: MY WHOLE LIFE CONDENSED FOR A MOVIE

HELLO from your father!!!! I know you are probably connected to hollywoods big shots through your twits and face book so please email this to them so we can begin on the movie right away. My Life story is unlike any other and will make us all rich so that we dont have to answer a crags list to powerwash old toilets downtown for BRENDA a mean woman 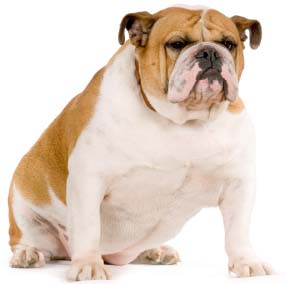 my movie script closely resembles a wild time in my life. Some things were changed to make it good for the sliver screen but most of it is right on the money. to make a long story short it is the distant past on World Kiss A Dog Day where you go around and make a dogs day by giving it a kiss. It is a holiday my father gave his life to protect (LEARN ABOUT THIS IN PREQUEL) In my town theres one dog everyone knows.... Ruford!!!! The bulldog with a Fungus problem in his lips skin and an attitude to match!!! Nobody would kiss Ruford except me. and I did it and got real bad sick. then rumors start going around that i was drinking a Pets Milk. As we learn for the next 20 minutes in the extended montage, thats gross and i didnt do it, but rumors of me drinking out of the dog will persist until i am an older man: "MONTAGE BEGINS and you see me kissing Ruford. A clip shows me getting pointed and laughed at by peers. Newspaper spins into view that says "DOG KISS BUNGLER EATS BULLDOG MILK" with a smaller headline under it "MAYORS TOUPEE FELL OFF WHEN HE HEARD THE NEWS" then it shows me walking the street alone kicking a rock. Then it shows me jogging, then running at full speed. This is supposed to show off my growing power. Then it shows me going on my first date and learning how to drive, but then it shows the girl throwing her drink at me (finding out im the Milk Eater) and my passenger bailing out of the car (finding out i ate the dogs milk) Some more stuff will also happen and I will get older during it including me winning a prize, serving on a courtroom jury and nodding at the evidence, lifting weights, jumping out of my juror seat to take the place of the lawyer after he falls ill, running through a finish line, shaking hands with the killer after my lawyering sets him free, digging up a haunted treasure chest, spending the gold coins from inside it, hell's ghosts swooping at me like birds, me quickly re-burying the chest, a jungle chase, and more things for the entire family and even something sexy for the parents after the kids go to bed" 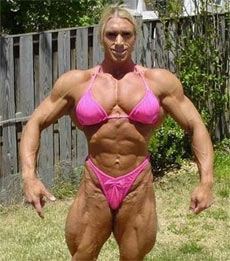 the best scene of the movie with the most character development takes place in a sporting goods store and a buff woman on a motorcycle shows up in a leather jacket that says PITT MEAT and starts doing doughnuts around a flaming drum in the middle of the store. its obvious she is intent on having a ruckus but is outsmarted and finally befriended by a wise teen (me). the store owner comes out from the back office and says thanks to us for stopping the mess and tosses us a pair of car keys. then the camera freezes on the keys in midair and the credits roll in front of them. after the credits, if you stay, you are rewarded with a scene of me driving the buff woman around las vegas in a dodge viper, the worlds nicest car.... and spoiler warning there might be a secret kiss... wink wink!!!!
now like i said, most of it is true but not all of it has happened. the buff woman part has not happened yet but i feel it will happen by the time this movie makes it to the box office because i have had several dreams about it and its all but guaranteed. when you hear from hollywood please write me. THANKS GOODBY!!!!!!!!!!!! DAD!!!!!!!!!!!!!