6 Ways to Ruin a Wedding

In the past month I have been to over three weddings. I have ruined all of them. It is not something I am bragging about, or proud of in some sick way. I do not ask for mercy, only peace for my troubled conscience. I have hurt more people than you can fathom, all innocent victims of my destructive tomfoolery. If this update is a confession, then let it be my last, for after writing this I swore to never attend a wedding again. To this I pledge my life. 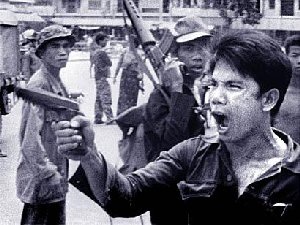 #1. Bum everybody out by talking about the Cambodian genocide all night.

Can I help it if I just saw The Killing Fields for the first time and was still in shock at the brutal atrocities conducted by the Khmer Rouge Communist Regime? I mean, those guys were real jerks. I didn't mind the whole killing-the-teachers-and-lawyers thing, but making everybody move out of the city and grow rice and then get hit in the back of the head with a stick really sucks. After a couple or ten drinks, I started telling fellow guests at my table about how the American bombing of Cambodia during the Vietnam War directly caused the fanatics to take power. Then I went on to explain the extreme methods of execution that were used on people deemed enemies of the revolution. The guests responded poorly and couldn't finish their reception dinners, leaving me alone at the table. I was very lonely for the rest of the night.

#2. Get drunk and fall into the wedding cake.

I like to drink, ok? Blame it on my hybrid Irish/Polish genes, my family history, or troubled past, but the fact is that I love my booze. This, plus an unlimited supply of free liquor, is a dangerous combination. I started off innocently enough, with a toast to the new bride and groom with a glass of light beer. Then I moved on to the jagerbombs. The next thing I remember is hitting on the bride's mother and putting my penis in the chocolate fountain. Then blackness enveloped me. At some point I remember doing the worm on the dance floor. Another missing scene. Then it happened: the moment of true shame. I was trying to stand on one foot while drinking a glass of vodka and I fell backwards into the wedding cake, soiling myself and the remnants of the cake in the process. I woke up in the woods the next day wearing a Native American headdress, a thong, and holding the DVD set of the series "Hitler's Henchmen". Right now I'm not on speaking terms with the newly-wedded couple. 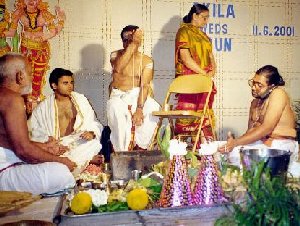 #3. Trade stocks on your cell phone during the wedding ceremony.

They call me the Wall Street Kid in some circles, and "the stupid asshole screaming into his cell phone" in others. When I see a deal, I attack it like a mongoose: going for the supple hindquarters, and then dragging the remains back to my nest for leftovers and a bout of necrophilia. My love for money is only dwarfed by my love of booze, so its only natural that I am directly linked to my broker via speaker phone during market hours. If the wedding party can't understand the importance that trading has on freedom, then they should go back to Communist Russia and wait in line for carpet samples.

I hate these new age DJs whose setup consists of a computer playing MP3s. When I was a kid they had this thing called a CD player that would shoot space lasers into a plastic disc that contained the imprisoned souls of the popular music artists of the day. I kept bugging the ignorant DJ with his computer contraption to play some fucking Journey instead of all the gay slow songs but he kept blowing me off. After getting a little more sauced and belligerent, I became more insistent on my music request, trying to get my point across with the business end of my dress shoes. After a good thrashing, the bloated music spinster finally put on "Don't Stop Believing". The once-crowded dance floor parted like the Red Sea, not being able to handle the pure rock that was blasting in the wedding tent. I'm a pretty damn good dancer, so I went out there with a few of my buddies and showed those assholes how its done. After that the party died down and people started to leave in flocks. The DJ blamed Journey, but personally I blame violent video games and the fast food industry.

#5. Screwing up the reception speech

(The following is a transcript of the ill received reception speech given by Frolixo at his best friend's wedding on June 14th, 2005)

"You know, I've known Kevin for over 10 years and I have never seen him as happy as he was today. I feel only joy in my heart that he found somebody so special, a very loving and beautiful woman that will be by his side for the rest of his life. When we were just kids, we used to always say that we would never get married and move off to California to become rock stars. (Polite laughter) Of course we never did end up becoming rock stars and now we are both married, using our amps as shelves for our various bottles of medicine. (Laughter) But seriously folks, lets give cheers to this great couple that has invited us here to witness this most blessed union. All your friends and family are happy for both of you. (Applause). WHITE POWER!" 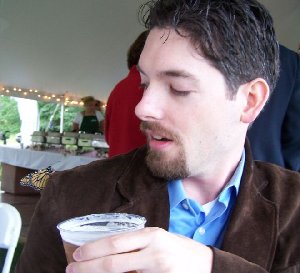 "Hey you wanna make out?"

What is wrong with our society when a man can't express his love for an insect of the Rhopalocera genus without the glare of hate and disapproval from the masses? In a time when gays are fighting for their rights to live in bondage with each other, you would think that the doors would open for other alternative lifestyles like lepidopterophilia. As I met the bride and groom's family, I shook hands and introduced my date, Sandy, who was perched on my shoulder, her beautiful wings fluttering in the slight breeze. Soon I became known as "the creepy butterfly guy" and was avoided like the plague. "They were just jealous of my love", I thought to myself as I gave my date another rum and coke, her proboscis dipping into the sweet liquid. Later on in the night when the party was heating up, the maid of honor let out a blood-curdling scream, pointing of my right shoulder. It was Sandy, dead from alcohol poisoning. The rest of the night was a real bummer.

I'm not a bad person. Really, I'm not, I'm just terrible in large social situations filled with bordom and free drinks. Can you really blame me? If it is a crime to be a free spirit, than color me guilty, for no man can tame me, and these colors don't run. Go Pistons!

Click here to certify for a pre-approved loan and volunteer for the Spanish navy. SPANISH NAVY.