The rush to be first is antithetical to good technology journalism. It takes at least a decade (ideally fifteen or more years) to really get to know a piece of hardware or software, yet most reviews are written the same year that a product is released - sometimes within mere days!

Let everyone else get the job done quickly. I'm more interested in doing it right. I've been extensively testing a number of Windows programs since they came out in the mid-90s. After years of thoughtful analysis, I am finally comfortable enough to start making some judgment calls.

You'll note that some of this software came out before Windows 95, which may make the title of this article seem somewhat inaccurate. Consider it a catch-all for programs that would have been on the shelf when Windows 95 reigned supreme. The following software was tested on a dedicated Windows 95 box, but I personally use Windows ME on my work computer and highly recommend that readers do the same. 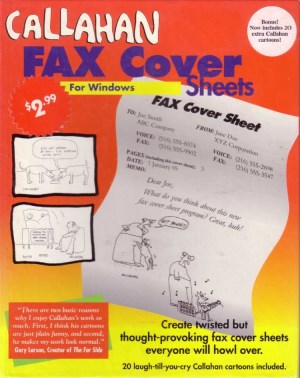 We all fax on a daily basis. What if there was a way to spice up the process with a bit of irreverent fun?

Callahan Fax Cover Sheets is an incredibly advanced program that adds cartoons to your fax cover sheets. I don't even understand how this is possible. They must have developed some kind of algorithm (?) or code. There are 20 cartoons and also 20 bonus cartoons. Many feature humans. Some feature dogs.

I wouldn't hesitate to recommend this software to anyone in an office or a house. If someone was homeless I would hesitate, but after a few thoughtful moments I would still wind up recommending Callahan Fax Cover Sheets. It's just that useful. 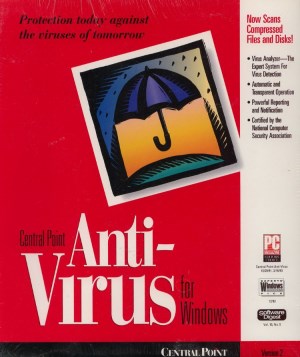 If there's one thing that you don't want on your computer, it's a virus from 1994. The full screen skull animations. The progress bar entitled "SYSTEM TAKEOVER PROGRESS". The jolt of electricity that leaps out of your keyboard to zap your hands, followed by the smoke wafting out from your computer case.

Central Point Anti-Virus stops ALL viruses from 1994. It's highly effective. In fact, I haven't picked up a single virus from 1994 in the last 19 years. That is an astounding track record.

If I have one minor complaint, it's that Central Point's database doesn't prevent or even detect any malicious software created after 1995. I'd suggest purchasing the best anti-virus suite from each year and running them all side by side. It's the only way to be completely secure. 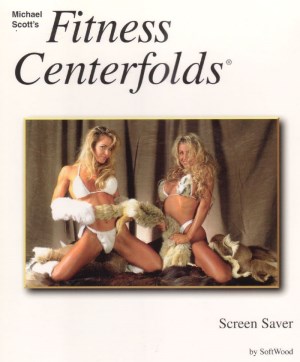 How easy would it be to make a joke about Michael Scott from The Office? About as easy as a joke about the fact that this program comes from a company named SoftWood. Unfortunately, I am not funny enough to actually construct a joke about either of these things.

I'm only here to talk about the facts, and it is a fact that this collection of screen savers includes more than 40 pictures. Is it even possible to obtain so many pictures of attractive women for less than a hundred dollars? Sure, enterprise-level programs like AutoBabe and MaleGaze Pro offer similar volumes of pictures, but they also cost thousands of dollars.

Unfortunately, that's where my positive thoughts on this product end. The problem is, 40 pictures is entirely too many pictures. It's a great value, but what about the cost of hard drive space? This is a classic example of bloatware. Too much of a good thing has gone beyond indulgence and into the territory of mindless gluttony. 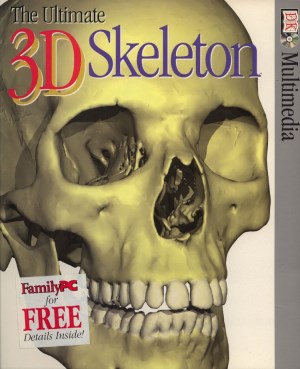 This is easily the most comprehensive and user-friendly skeleton program that I have ever used. Not to be confused with the inferior 3D skeleton software Inferior 3D Skeleton, Ultimate 3D Skeleton is a terrific resource for true skeleton connoisseurs.

Using advanced QuickTime technology, this program gives you a stunningly detailed look at human bones. Some of the pictures are bigger than 100 pixels.

I can't count the number of times that I've called my family into the computer room to have everyone huddle around a revolving model of a femur or ribcage. We often talk about our own skeletons and the flesh of our bodies. The best part about the software is that it's so darn convenient. When I want to look at some skeletons, all I have to do pop the cd-rom into my 8x drive and double click the executable. Within minutes I'm looking at as many skeletons as I please.

I consider Ultimate 3D Skeleton a MUST BUY for anyone that owns a computer.