As many of you know, each week the Something Awful Forums brings us a healthy load of quality humor and also enough crap to fill Marlon Brando's septic tank at least once. Because of this, I suffer frequent and severe emotional breakdowns where I just start screaming and yelling and sometimes flailing. The targets of my duck-like rage are the very worst submissions submitted! Beware, for I will now have one of those violent breakdowns!

You have to hand it to "Luthier" for completely disregarding our theme to cash in on this lame joke. Way to go sport, you suck harder than Charybdis! 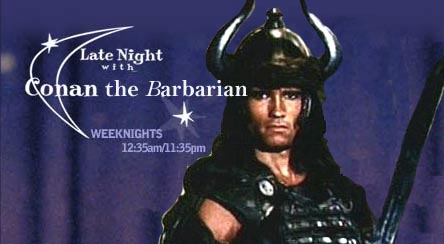 "cosmo" might have scored some major points with the vast nerd lobby, but he lost points with me for complete lack of talent. I don't know what I hate more, everything about this image or everything about this image. I think it's the fact he used a shitty screen capture with distorted proportions and simply slapped some text over the letterboxes (which I doubt he'd have the skill to make himself). Too add to this wonderful collage of visual vomit, he used the most generic red color on the most repulsive font ever invented. Patrick Stewart's expression is appropriate, as it is the perfect mirror image of everyone who sees this mess. 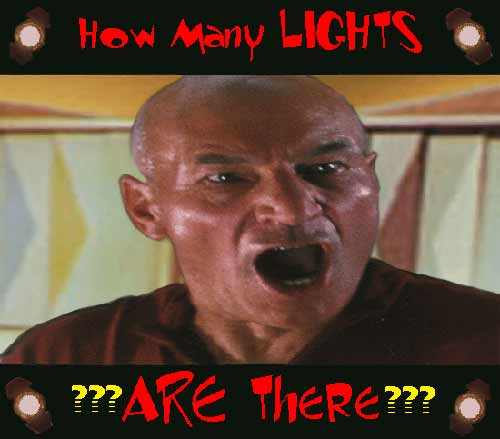 I think it would be in the best interest of every living being in the known universe if "Borommakot" was subjected to the very wheel of torture he tried to depict. With the ideas of a catatonic retard and the motor skills of Christopher Reeves, "Borommakot" weaved this rich tapestry of trash. Would it have been a good idea to not try to blend a black and white pencil drawing with a real picture? Wouldn it not have been better to do an actual game show instead of a Nintendo game adaptation? So many mysteries! But hey, mysteries are the backbone of life. With that in mind, I hope you will all join me in solving the mystery of who set "Boromakot" on fire and then tried to put him out with gasoline. On second thought, please don't try to solve that one. 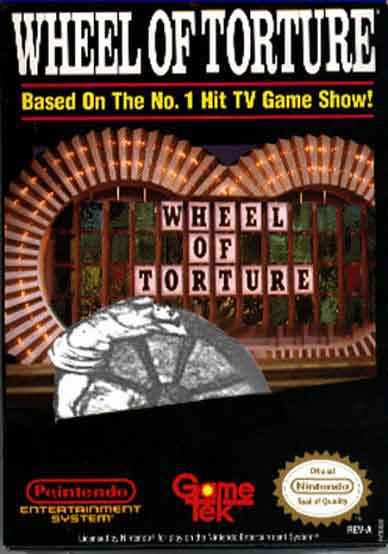 "Agent019" took a major hit in the comedy ratings after last week's strong performance. The reason is this pile of festering pixel death. I'd rather eat mushroom soup out of the torn-open stomach of a porcupine than look at this. Hell, I don't even like mushroom soup. I never thought anyone could drain the humor value out of spousal abuse, but "Agent019" is a human vacuum stuck on the highest setting. 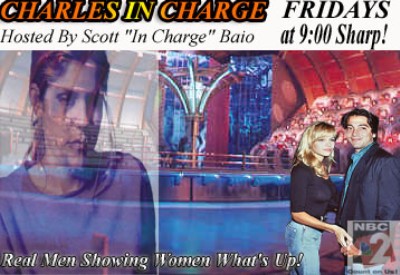 "Alaska" blesses us with this finely crafted piece of exceptional work. If you will kindly note, all the text and logos are beautifully rendered in crisp detail and vivid color. What's more, certain words have been ingeniously replaced – for example "win" has been substituted with "lose" – for brilliant effect. This work not only stands as a wonderful piece of work, suitable for framing or display in a professional gallery, but also as an excellent piece of commentary on the dreariness of our current economic climate! If you observe closely, you may note that the four logos featured in each corner of this picture belong to companies in financial trouble! Truly, the masterstroke on one of the most breathtaking images to ever be produced in the last two thousand years. 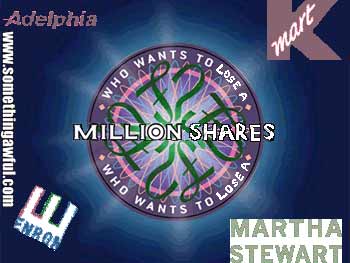 If you look at this "Blankeight" image on the surface, your eyes will immediately grow tiny little arms that will frantically try to dig to the other side of your skull in hopes of fleeing the terror. That's just the power this glorious image has. But, if you look at it on its technical level you see something entirely different. Yes, it's still about as pleasurable to look at as a holocaust blooper reel, but perhaps there is meaning behind this atrocity! For example, the Klansman is in black and white, while the other two people are in color. It's clear that this symbolizes the fact that the Klansman sees only in black and white. Also note the jagged and strange edges around each person. I think this suggests that these people are closing themselves off, and that a type of barrier is surrounding them. You know what that barrier is? Hate! I do have to admit that I would have never guessed this had anything to do with hate if not for the "Hating Game" logo up top, though. Of course that's all just one theory. Another theory is that "Blankeight" is incompetent and doesn't know jack shit about cutting, pasting, color matching, and how to blend things. Which theory is true? Once the scientific community starts returning my daily phone calls I'll let you know. 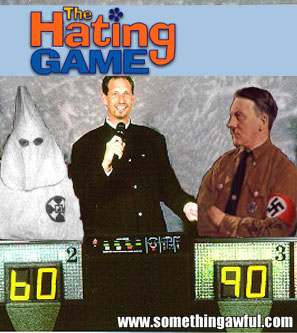 Thanks for suffering! We're done with you, so you can go take that bath or shower you've been planning on taking for the last few months. Please come back next week when we Photoshop Photoshop into other programs.