The Eye of Sauron!

These days, Sir Christopher Lee devotes his artistic energies to chronicling the Charlemagne saga in symphonic-metal fashion. He also recently confirmed he'll be reprising his role as the dark wizard Saruman in next year's The Hobbit. During his first film as that character, 2001's The Lord of the Rings: The Fellowship of the Ring, he described a great eye, lidless and wreathed in flame, with a gaze that pierces cloud, shadow, earth and flesh. Awe-inspiring stuff, but the SA Forum Goons certainly aren't the sorts to take fantasy literature too seriously!

Enigmatica used his trusty blunderbuss to fire this opening salvo.

Irsh made this last year to celebrate the 20th anniversary of Anthrax's Persistence of Time. It kinda works here, too. 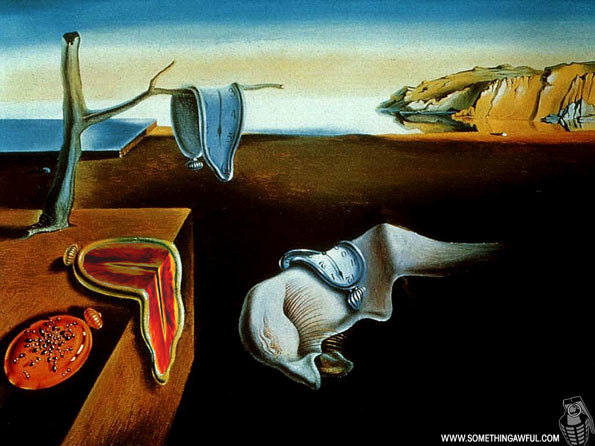 R.S. Gumby feasts on your fear -- and it's dinner time. 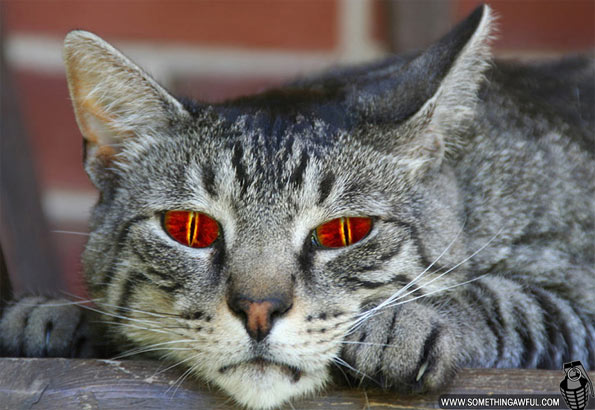 Legend holds that Sauron took the form of a great wolf but was defeated by a dog. Now Darth Continent has proof. 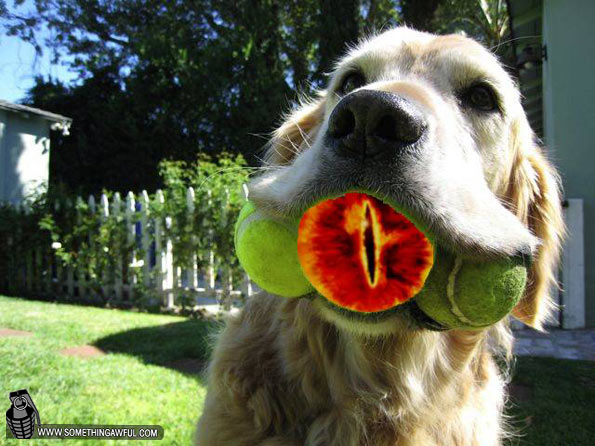