I don't know if you've been by your local newsstand lately, but it's a grim sight. I had falsely assumed living in my Ivy Tower that the Internet had wiped out the printed word altogether, but apparently there are still many magazines out there, and 95% of them are terrible. In an effort to breathe some new life into exciting realm of periodicals, The Something Awful Forum Goons crafted a rich and frothy collection of new magazines. Because they made so many, I decided to split them up over two weeks. Here's a generous portion for you to partake of now, and the rest will come next week.

TheSniperZERO got things started with this unpleasant visual. 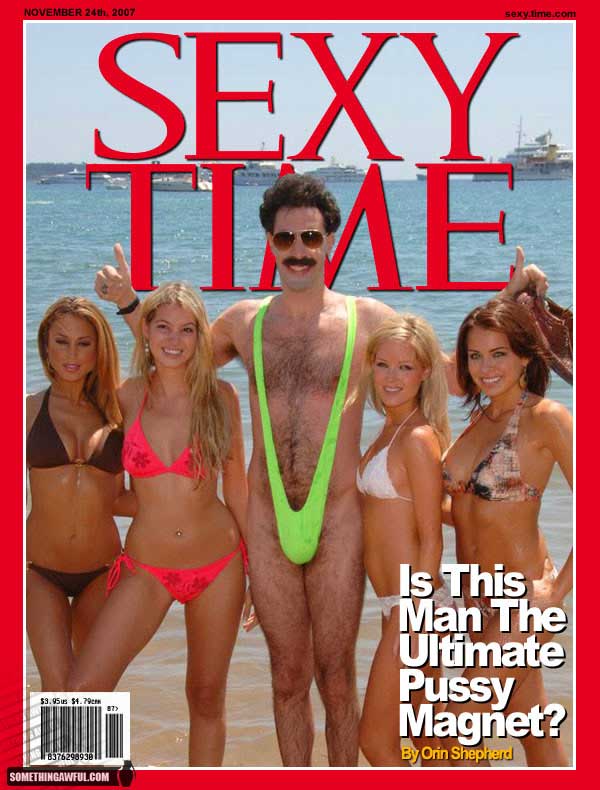 Perry has such much excitement to offer he can't even fit the words onto the cover of the magazine. 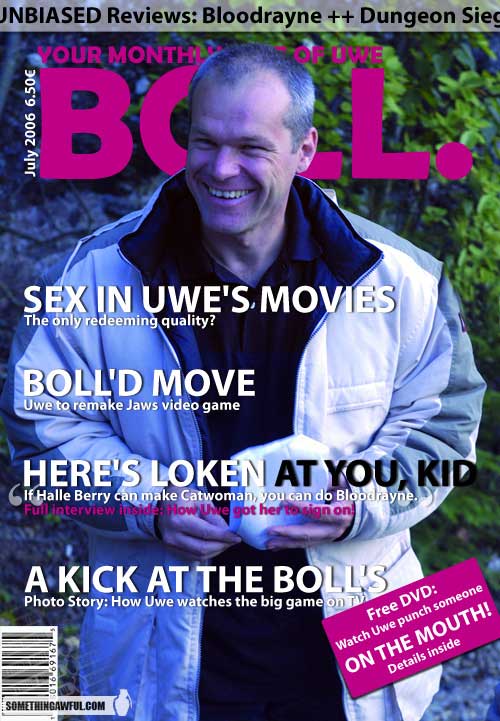 pipes! has but one way of communication: angry typing. 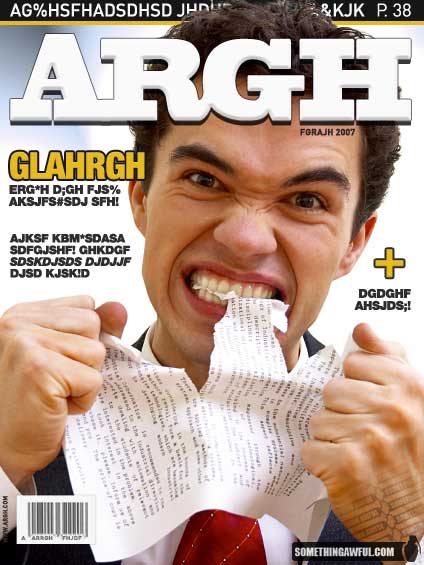 Elbonio is everything that's wrong with the world. 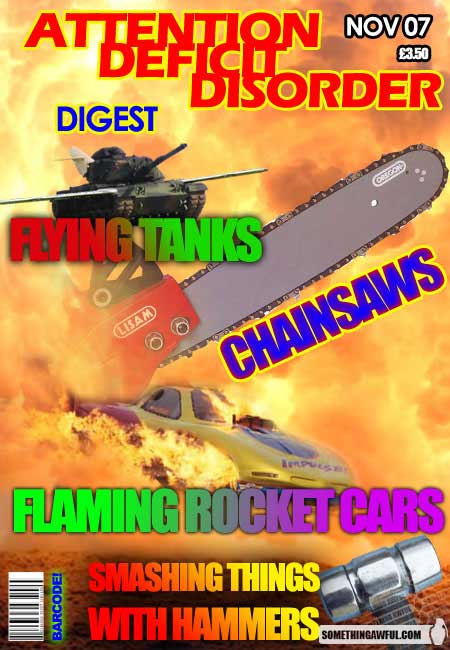