While the vampires in Persidian's Near Dark adaptation could kill you easily, they'd rather terrify you forever. So while you have to deal with annoying unkillable enemies, you also get unlimited lives without having to enter a cheat code.

Harold P. Warren left Torgo's status vague, preserving the possibility of a Manos: The Hands of Fate sequel. Then the movie tanked, and he never directed another film, and he died. But the_ruiner has resurrected his unfulfilled vision!

Predating the film by more than a decade, Dancer in the Dark proved unpopular, mostly due to the fact that the visibility of on-screen events diminished drastically with each passing level. However, Doktor Per submits that it's preferable to the latest Von Triersoft product Antichrist, during which the controllers mutilate the player's genitals. 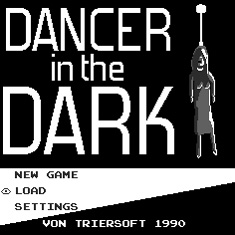