Friday, Nov 15, 2002 by Josh "Livestock" Boruff (@Livestock)
This week brings us a Photoshop Variety Pack, partly because there was a lot of unused smaller chunks of comedy sitting around the Something Awful Forums, and partly because I'm a horrible drunk. I don't drink, so it's mostly because there were a lot of smaller bits and pieces of comedy entertaining enough, but not in the volume typically required to fill an entire Phriday. The themes of this Variety Pack are:

Ways to Improve Bullfighting: When a rather innocent picture of a bullfight popped up, the Something Awful Forum Goons decided it wasn't exciting enough, and began mangling it with their creative (what most people call stupid) ideas.

Idiotic Movie Sequels: Most successful movies get a sequel, but what about the movies that didn't deserve or warrant sequels? Well, they got 'em now!

Crappy Soft Drinks: The soft drink industry already spits out a whole slew of undrinkable crap, from Pepsi Blue to Green Giant's Split Pea Xtreme Fusion Blue Sports Drink. We've got some ideas that will definitely bring an end to the world's love affair with beverages.

Unspeakable Horror: I can't even begin to describe how horrible this theme is, but I was nagged to include. What is it? I can't say, it's just that bad. I don't know how it happened, maybe we got confused and thought this was Fark, or maybe we were all feeling under the weather. Consider this to be the usual "Last Page of Crap" featured in most Phridays.

As always, you can expect lots and lots of madness.

Most of this week's entries come from an ill-fated forum we had dedicated to Photoshopping. The Photoshop Phorum was partially consumed by our main forum, but all of the old threads it housed disappeared from public viewing. I gathered some of the funnier bits of lost comedy, and those include the Goons take on movie sequels, soft drinks, and something incredibly terrible. We round things out with some innovative ways to make bullfighting more exciting.

A recent thread challenged the goons to come up with new ways to make bullfighting more exciting. This was the original, untainted image: 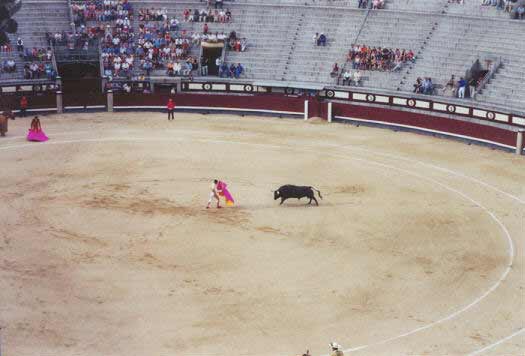 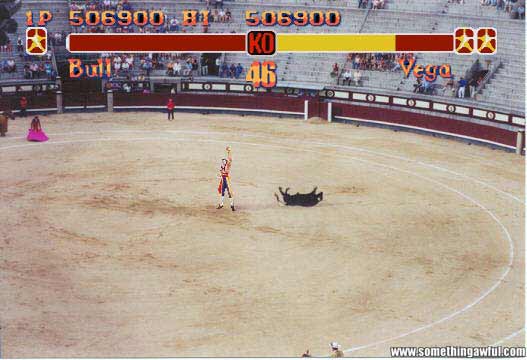 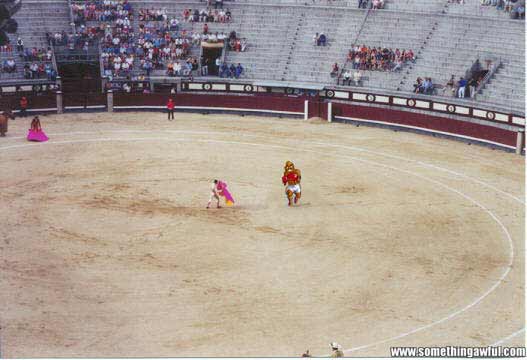 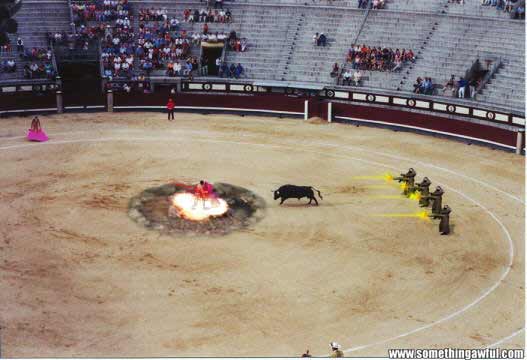 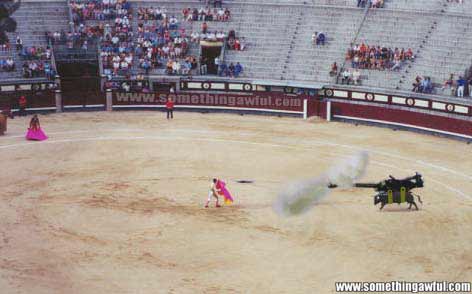 "velvetelvis" apparently decided to bring a little modern warfare into the mix: 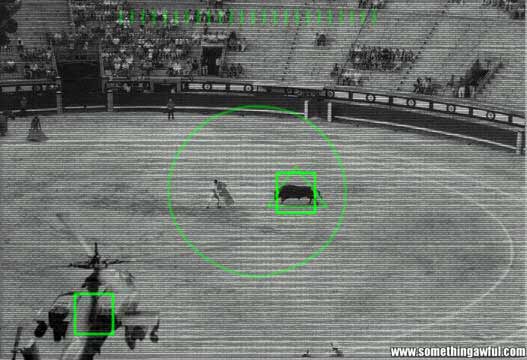