Something Awful Forum Goon and drunkard "CrayZHorse" got things started by slicing his forehead open with a broken bottle and challenging everyone to Photoshop Precious Moments figurines. At first everybody went nuts and just added blood and other bodily fluids that I won't mention to pictures of various figurines, but then some cleverness and inspired depravity started arising. When all was said and done, a whole boatload of crazy new figurines were ripe and ready to be eaten. This turned out to be a mistake, because they proved to be better seen than eaten.

Get going already, these links are going to stand around all day!

"CrayZHorse" got this trainwreck started by being a damn pervert. Way to go, you damn pervert! 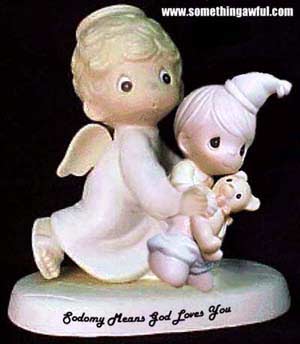 "SpecialK" shows us why he's so special. Unfortunately he's the wrong kind of special. 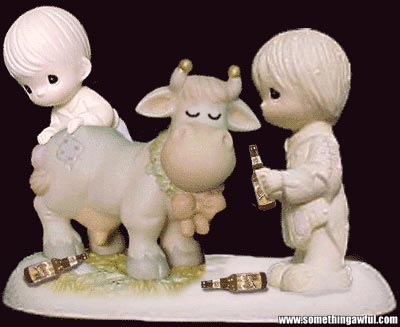 "Task" has made a nice figureine for you to smash into pieces. 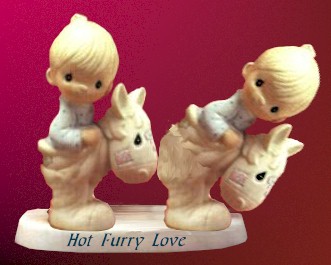 "Basicsafty" shares one of his hobbies with the rest of us. 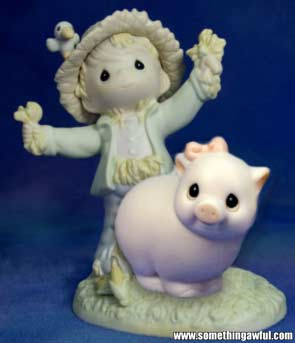 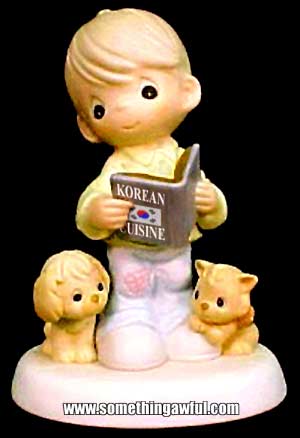 My Persian pool boy "Zakath" made this: 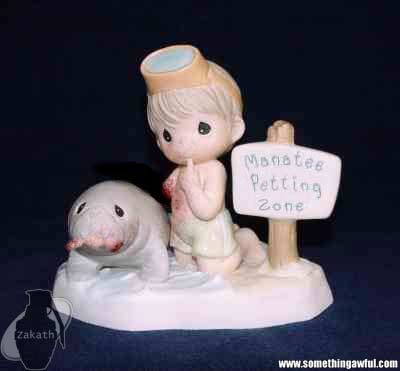 "allgore" lives up to his name quite nicely. 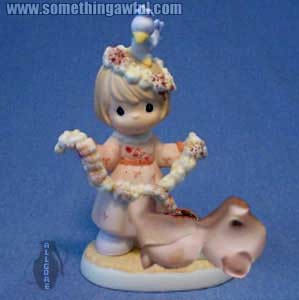 "glasyalabolas" better duck! Get it? Duck! 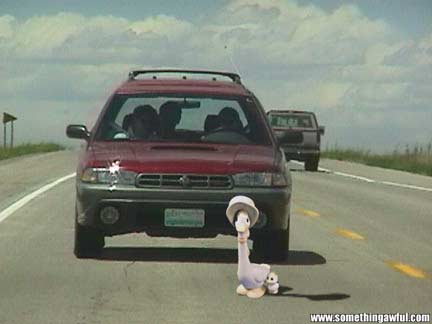 "Pixelman" shows unconditional love to man and animal alike... OR DOES HE? 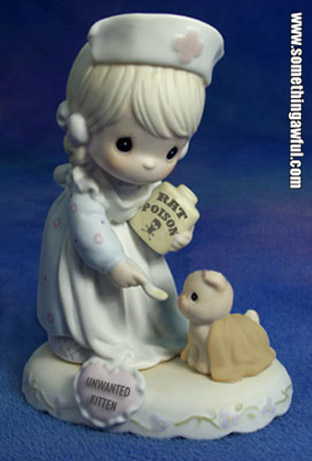 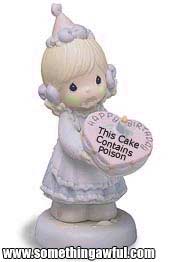