It's Better Than Bad, It's Og

Welcome once again to State Og: where men are manly, and the women are too. I don't really know why, they just are. Last month we were forced to replace all the stalls in the women's restrooms with urinals. Thanks this week go to: Michael "Slash And Burn" Hollenbeck (has a bad feeling about this), Brett "Nimmo" Hurban (let the Wookiee win), Aaron "Elcybergoth" Young (has delusions of grandeur), and Jason "Vengeance Otter" Johnson (can't go to Toshi station until his chores are done).

Garbage Sentry: Preserving Your Freedoms One Banana Peel At a Time

Is your garbage safe? Really safe? If you anwered "yes" to this question, you're not only wrong-- you're quite possibly retarded too. Your garbage is in danger and you're in danger right along with it-- the numerous fiends who prey upon people careless with their garbage wouldn't hesitate to cut the throats of your golden-haired children (or the golden-haired children they bring along with them in case you haven't any) on their way to that cylindrical repository of discarded riches. With over 100 billion tons of garbage being produced each year and only ten billion pounds making it on to television, it's only a matter of time until you and your family are targeted by one of the many groups that specialize in garbage-related crimes:

Freemasons! Not satisfied with putting really weird-looking shit on money, the Freemasons have recently branched out into garbage-napping, using your empty soup cans and suspiciously moist tissues to fuel an immense fusion reactor being built ten miles under Phoenix, Arizona. When completed, this reactor will power a gigantic death ray also being built in Phoenix. Although this death ray isn't actually lethal, it does cause horrible gas pain. And who do you think will be controlling the world's supply of Fart-B-Gone? That's right!

Moon Men have been visiting the Earth for fifty years to have their wicked way with the garbage of Earthmen. Reliable sources indicate that as many as 1 out of 10 people have had their garbage fucked by Moon Men at least once in their lives. A smaller -but still frighteningly large- number of people have witnessed the act, but thanks to amnesia-inducing weapons, most of them go through their lives never knowing just what it is they're really touching when they take the trash out on Tuesday morning. Despite this, more and more victims of lunar garbage rape are recovering their memories of this traumatic experience and coming forward to tell their story.

Vicious perverts with an unhealthy attraction to coffee grounds have caused untold suffering in South Africa and may at this very moment be spreading their disgusting fetish to others over the internet, which is just too revolting to describe to anyone. While it's unlikely that something that completely fucked up would happen outside of Africa, it's a very real threat to besieged Americans and their beloved rubbish.

Paparazzi, responding to increased security surrounding glamorous Hollywood celebrities, have started rifling through the garbage of ordinary citizens for items that might become newsworthy should the owner of that stolen garbage ever become famous.

So what is the average citizen supposed to do in such a garbage-hostile climate? Grow their own food? Start using their socks? Bury hookers all the way out in the desert? Of course not!

We are proud to announce the latest in refuse security: State Og's Garbage Sentry! When you've got Garbage Sentry on your side, you need never fear a late-night encounter with the thrusting knobby green buttocks of a lust-crazed moon man, nor the discovery of that discarded nudie magazine where you pasted the Where's the Beef? Lady's head on all the girls. Twenty-four hours a day, seven days a week, your garbage can will be protected by heavily-armed mercenaries from places where the you can have an entire village murdered for just under $1.50. Faced with such adversaries, even Freemasons will flee in terror. And because they don't have dentists in places like Stanistanistan, Moon Men will just be too turned off to continue their amorous adventures.

And here's the best part: Garbage Sentry won't cost you a dime! All that you need for 100% secure garbage is a backyard suitable for growing opium, a basement where informants can be tortured or a daughter that walks around in a pair of those tight little shorts that shows off her ass. With a bargain like that, you'd have to be criminally irresponsible to pass it up. Your garbage takes care of you; what kind of person are you if you don't take care of your garbage?

If you have ever purchased one of those toy car tracks, you've probably noticed how flawed they are. First you put the car into a spring or battery operated device, pull the lever, and watch the action unfold. The car will then fly up the ramp and land back on the track, proceed up the loop, and finally through the corkscrew of death. The problem comes when the toy car doesn't quite make it. You pull the lever and look forward to pure orgasmic driving finesse, but then the car simply falls off of the track and onto the carpet. Several makers of these toys would have you think that this is supposed to happen with tag lines similar to: "CAN YOUR CAR MAKE IT THROUGH THE LOOP OF DEATH???", but we all know that the only reason your car didn't complete its intended course is bad product testing.

The obvious way to improve our version of this product would be to actually test these tracks in a realistic environment, using actual cars. As a result, a campaign to fully test our toy car tracks has been in the works over the past few months. We realized that not all of the toy cars weigh or launch exactly the same way. We also noted that none of the toy cars are driven by professional stunt drivers, so tests using them would be inaccurate. Our solution is to connect our test courses to specifically selected highway exits. We have built 30 of these courses and each one includes several loops, corkscrews, and ramps. A few have bonus features such as volcanoes, spike pits, or giant robots.

To prevent stunt drivers from using our courses and ruining our test results with biased performances, we have disguised the exits that lead to the stunt courses. Exits that once led to campsites, gas stations, and restaurants will now lead to our spectacular stunt courses. In case of an emergency; we have not removed hospitals from their usual highway exits. Hospitals will still be at the usual exits, you'll just have to pass through one of our courses before you can reach them.

Also please be aware that maintenance is quite high on these courses, and that we will be charging a slight toll to anybody who uses one of our exits. We will also have police waiting by the toll area to be certain that nobody makes a U-turn and slows down traffic. We appreciate your cooperation and wish you safe travels during the remainder of the summer.

It's a savings explosion, Og style! Over the weekend our technicians left the cloning machine on, pumping out clones and rank odors. As a result, have we ever got a lot of clones! Our first order of business was to force our technicians to fight to the death in a cage full of rabid cyborg chickens. We hate to waste illegal immigrant labor, but a lesson must be taught in gruesome fashion. The fact remains that State Og clones are on clearance, so pick one up today! In fact, pick up two: you never know when you'll need a backup clone. Owning your very own clone features all the fun of possessing a human being without the pesky restrictions of international and municipal law!

Each State Og clone comes nude save for the protective airtight cellophane wrapping which, come to think of it, may account for the remarkably short shelf life of the product. However they arrive in pristine condition, ready to fulfill your every need; be it helping with the chores, performing deviant sexual acts, pretending to be your friend, or entertaining at children's parties. With their amazing flexibility they're useful in almost any task and are self-cleaning, like cats! Their speech patterns consist of a curious subdermal hum, not unlike whales or people who are about to explode due to massive instability in their genetic make-up; a soothing and constant sound that will lull you to sleep regardless of how tired you actually are.

Clone buyers today are in for a special treat, as it so happens that the model we are overstocked in is none other than our popular Mikhail Gorbachev, expertly crafted from the waste products of the former leader of a once mighty nation! With his zany birthmark and soft belly this clone has an almost surreal beauty when he first emerges nude from his packaging. In addition to standard clone skills these superb creations can also introduce gradual economic and political reform around the house, in the garden, or even in the garage!

Order a clone from State Og today and receive a free clone leash, ideal for taking your clone out for walkies and reining them in if they attempt to kill moving cars with their teeth, which they will.

For the low, low price of ZERO DOLLARS we will provide for you our Deluxe Remembrance Plan, which is a service that truly lives up to its name. Want people to think about you and your accomplishments every day for the rest of their lives after you’ve died? Well, why not remind them yourself? With the Deluxe Remembrance Plan, this and so much more is possible. You see, after a participant dies, we embalm them and then surgically attach a dozen super-strong 22,300 mile long wires to their body. On the other end of the wires, in a synchronous orbit around the earth, is attached a robotic space satellite, which animates your body in the same way a puppeteer controls a marionette. 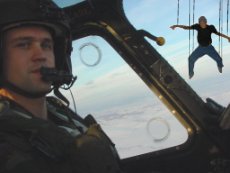 With our Deluxe Remembrance Plan you will have the mobility and range of movement that earlier dead people have only dreamed of having. Thanks to the tracking sensors on the satellite controlling your body, you will spend eternity visiting all your friends and relatives. Obviously, due to the wires, you can’t enter buildings, but thanks to those same wires you can be hoisted up into the air. Image how comforting it will be for you loved ones to look out a window and see your lifeless face staring back at them; and it doesn’t matter if they live on the tenth floor of an apartment building or if they’re traveling by airplane, there you’ll be!

You won’t be spending the hereafter silent, that's for sure. During the embalming process, before sealing your mouth shut, we insert a small speech processor and speaker, which endows your remains with a voice that sounds just like Barry White’s deep sexy voice would sound like if he we were alive today and he had to use Stephen Hawking's voice box to speak. You’ll be able to preprogram your voice-unit before you croak, providing your survivors with a lifetime of your wisdom, anecdotes and disparaging remarks – in between State Og commercials of course. Oh, did I forget to mention that we’ll be using your voice synthesizer to broadcast commercials for our many swell products? Well, that is why this service is free. If it helps, try thinking of these commercials as verbal web pop-up ads… from beyond the grave.