Why Diablo III And StarCraft II Aren't Out Yet 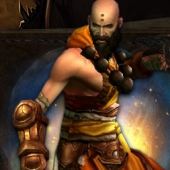 I'm not sure if anyone else has noticed, but Blizzard doesn't make games very quickly.

Development on StarCraft II began in 2003, and Diablo III went into production in 2005. To put that into perspective, more time has gone into those two games than all of the hours that were spent making video games in the Palaeozaic and Mesozoic eras combined.

Being a proactive guy, I cast a net of e-mails to everyone at Blizzard (protip: *@blizzard.com) with one simple question - What's the holdup?

"Some elements of the game require extensive playtesting. For example, the clickable gem on the main menu which must be used precisely twelve thousand and eight times each day for a year before unlocking the Spartan class. Then there are the permanent buffs, which our playtesters must watch indefinitely to make sure they don't stop working after two or three years."

"You know how there's like sixteen thousand zerglings in any given game? Some asshole decided that each one should be distinguishable from the next. Wouldn't be so bad if our 3D modeling program wasn't shareware, and if it could actually open existing models instead of forcing us to start from scratch each time."

"Our lead designer locked his keys in the office three months ago and he's too proud to call a locksmith. I honestly don't think that wire hanger is going to reach the elevator button, much less get to the third floor.

Until something changes, we're just camping out front all day with our laptops and playing Torchlight."

"We were actually ready to send the gold master out last month, but it turns out somewhere along the line spellcheck turned every instance of 'Diablo' into 'Dublin'. Right now we're regrouping figuring out whether we want to start the whole thing from scratch or just roll with it and rework the graphics/story to go all-out Gaelic with what we've got."

"After we decided to split StarCraft II into three separate products, there was a lot of extra work to make sure things went smoothly. For example, the company's lawyers have been meeting with all the developers to draw up our last wills and testaments so we'll have everything squared away when we turn senile and/or expire sometime between the release of the second and third StarCraft II installments."

"A few weeks ago one of our testers told us, 'You guys do realize that there's no such thing as magic in real life, right?' and we've been scrambling to rework the majority of the skills ever since."

"Good question! I can't speak for everyone on the team, but several of our people actually stopped working on StarCraft II for about a year and a half to help the World Of Warcraft guys through a crucial period.

You know how it's really obvious that you can't balance the same set of characters and skills for all the variations of PVE and PVP? That occurred to the WoW team one Wednesday afternoon in late 2007. They suddenly realized the majority of their efforts went into a perpetual motion seesaw, that the actual experience of playing the game could have lived up to so much more of its potential if they had focused on content and regular updates to the item database and art assets.

My team stepped in at a crucial time, ensuring that for the next sixteen months there was ALWAYS someone in the World Of Warcraft office making a 'we blew that one' face or shrugging."

"Let me put it to you this way: Why is it that Diablo III and StarCraft II have never been in the same photograph?"

Dragon Age: Origins
The best RPG I've played in the past ten years, and I've played ALL of the Pokemon games. 10/10

Call Of Duty: Modern Warfare 2
After it takes a few big steps forward with refined mechanics and an expanded multiplayer mode, Modern Warfare 2 takes one step backwards each time it tries to out-crazy the original, until it backs up off a cliff and lands squarely in 24 Season 6 territory. 8/10

Magna Carta 2
This otherwise forgettable JRPG sears itself into your brain's horror center (that really does exist, I've been living in it since I came to Something Awful) thanks entirely to the hideous characters with head-to-torso ratios that will break the world's most powerful graphing calculator and fashion styles that out-Bruno Bruno. 4/10

New Super Mario Bros. Wii
Almost there, now just make the next one sprite-based with enough detail and charm to be the 2010 equivalent of Super Mario World and I'll stop writing those letters. 8/10

Astro Boy: The Video Game
Kids love their Astro Boy and their license-based Wii games and reading about all of the above on this website. 3/10