The Upcoming Year Of Nintendo Mistakes

People want to like Nintendo a lot, they really do. It's easy to pull for the plucky oddball responsible for many of your childhood memories. Nintendo, however, has a habit of being a complete asshole. 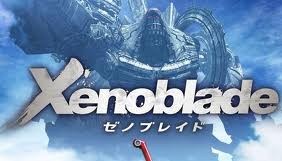 Take Xenoblade Chronicles. It's a remarkably progressive Japanese RPG, which is in itself a miracle. It's also a Wii exclusive that has received nearly universal praise in Japan, Europe, and Australia. It's a surefire hit. The problem? Nintendo has "no plans" to bring the game to North America.

This, following a three year period in which there have been perhaps two games on the system worth purchasing. I've spent more time debating whether or not to sell the console than actually playing it.

Since the GameCube, it's been quite obvious that the company is happy to focus on perhaps one major title a year while shitting out mini game collections and minimum effort dreck on the side. We wanted to think that they'd turn things around and become a prolific source of creative titles as they stumbled into success after success, but that was never really going to happen. Instead, a fatter Nintendo brushed scraps off the table less frequently.

This is but a sign of the things to come. Over the course of the next year, Nintendo's capacity for fucking up will become abundantly clear.

With sales of the 3DS still sagging, Nintendo drops the handheld's price to $3. In order to offset the cost of such a drastic move they announce that no money will be spent on developing new 3DS games for seven years.

During an interview, President and CEO Iwata reveals that the team responsible for the bowl of turds that was Metroid: Other M will develop every game in the core lineup of the company's properties for the immediate future. This way, Nintendo can focus more energy on creating bullshit hardware that sells like hotcakes due to its potential which is never actually reached.

The Legend Of Zelda: Skyward Sword launches. It is, predictably, fantastic and much more memorable than Twilight Princess thanks in part to the fact that its art style steers clear of dreary realism. Unfortunately, customers that ordered the special edition discover that the enclosed golden Wii Remote is, in fact, a spraypainted pickle.

Kid Icarus? Oh shit, weren't we supposed to release that in time for Christmas? Guess we'd better get started!

Nintendo announces that the Wii U will be a fresh start for the company. It has finally grasped the internet and reworked its approach to online experiences. For example, while you are waiting for your friend to punch in your 40 digit identity number, you can pull up the Nintendo Wii U shop and buy all of your favorite NES, SNES, and N64 classics. Again. Because the purchases you made on other platforms won't carry over.

After discovering a memory limitation in the Wii and 3DS system-level calendar, Nintendo proudly announces that it has reached an agreement with the world's governments to shorten each year to six months. The good news? The average life expectancy has risen to 140 years. The bad news? Pikmin 3 has been delayed by 8 years.

Deus Ex: Human Revolution
A game that is so good, so deep yet so immediately satisfying, that it could only be the product of a pact between the Illuminati and the media. 10/10

Rock Of Ages
The most fun you'll have rolling a boulder down a hill since you've been banned from the Cooper's Hill Cheese Rolling Festival. 7/10

Bodycount
Meets all of the requirements needed to be classified as a military first person shooter, then shrugs its shoulders and shits itself. 3/10

Deathspank: The Baconing
Contrary to the internet's belief. bacon is not inherently funny and a character that is essentially a fantasy version of The Tick was barely enough to carry one game, let alone three. 4/10

Madden NFL 12
When EA obtained the exclusive rights to make NFL games, this is the dark future that most people laughed at as paranoid delusions - in other words, you should be freaking out about every small thing that benefits game publishers without rewarding players instead of saying "It's not that bad". 5/10

Driver: San Francisco
A driving game based on a premise that is almost as ridiculous and unbelievable as the fact that they made another Driver game. 6/10

Xenoblade Chronicles
The only fault I can think of is that it would be much better if people could purchase and play it. 9/10