Get out your magnifying glasses and lower that screen resolution a notch or two, it's time for the most unreadable images we've ever featured on Weekend Web! If you can stand the small text and don't mind images popping up in a new window, the OccultForums deal in supernatural and otherworldly phenomena. These people are social outcasts in the regular world, what makes them think they'll be so popular in the otherworld?

This hatred against occultists has got to stop! It's tearing this country apart!

What you're seeing here is years of child abuse in action.

There is sure a lot of damn drama in the occult world.

Just go to Borders and pick up a map to the astral plane. 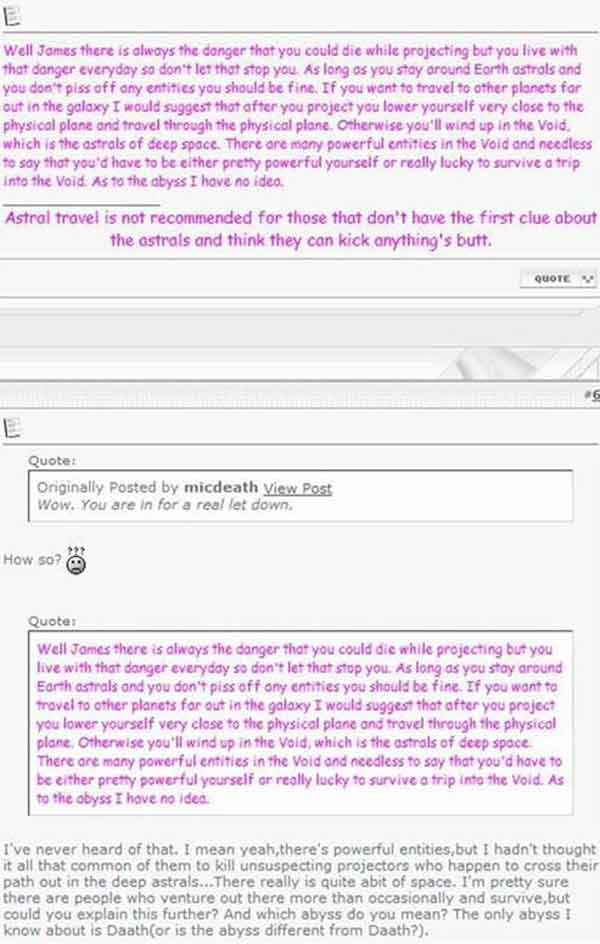 I think it goes deeper than that. I am pretty sure it was a co-conspiracy between Casper and Slimer. Ever heard of the giant hotdog cache underneat the Twin Towers? Google it.

No matter what happens in Canada, nobody south of it will care. 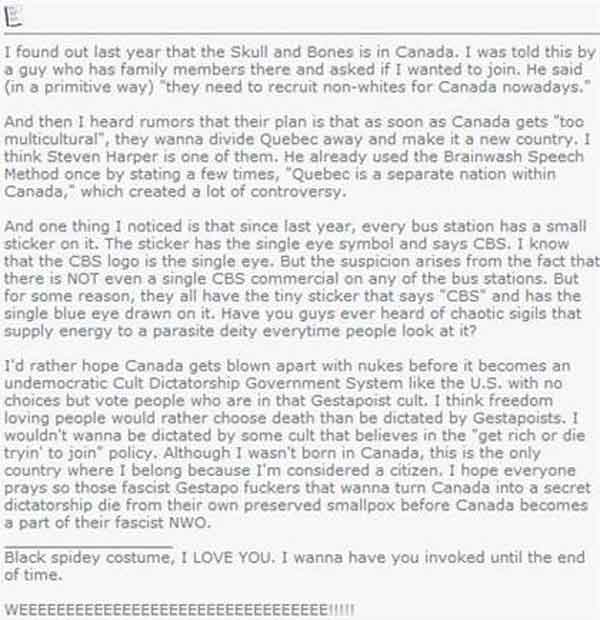 "The Void", otherwise known as your social life. 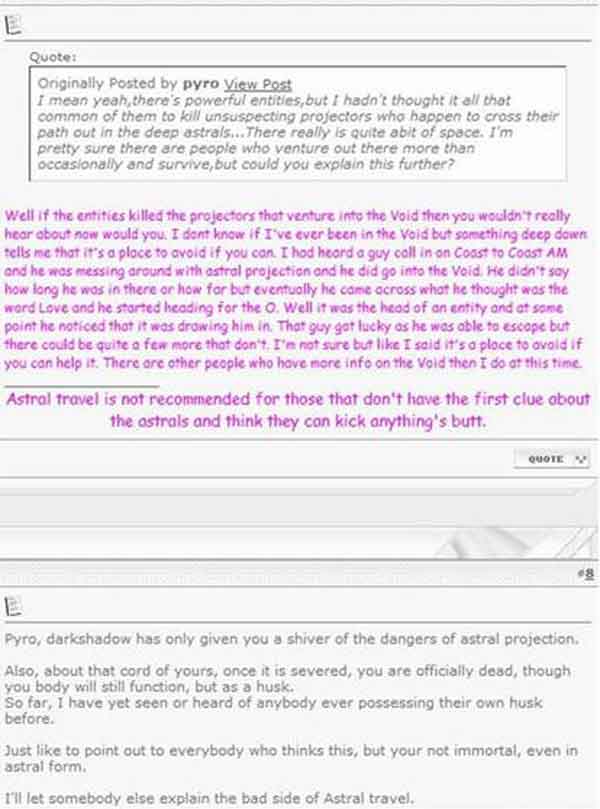