At Something Awful we pride ourselves on finding the worst video game communities imaginable. I think we decided that the Blizzard Forums were the worst and they have held that title for quite some time now. But today a new challenger approaches, the Runescape Forums!

Yeah, those things are so much more horrible than Runescape.

I know this isn't a fetish forum but damn that is a hot story. What happened to what I said about normal guys being the last of a dying breed? Look, if you can't beat 'em, join 'em. 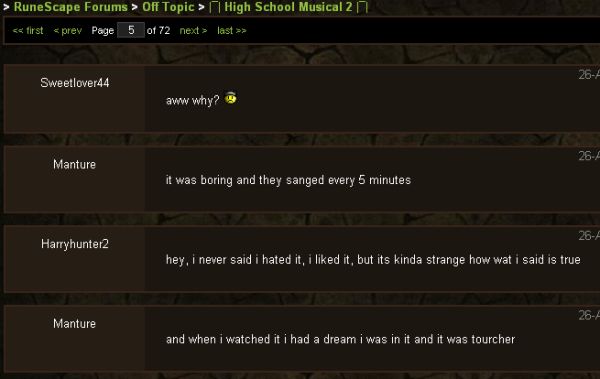 What is this Runescape game even about anyway?

At least the Blizzard Forum posters know how to make a sig.