The Art of Warcraft: A Year in Review 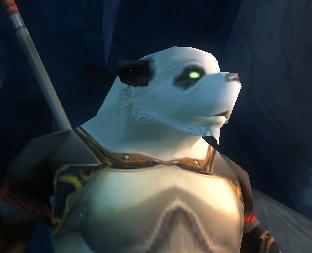 Blizzcon 2005: In an accidental slip of webcoding, screens are leaked of the next Alliance race - the Pandaren.

January 11th, 2005: The day the World of Warcraft forums community surpassed the Gamefaqs message boards for retarded discussion concerning Game Design, Dragonball Z and how unfair parents can be. Penny Arcade begins its scathing commentary of WoW, revoking their prestigious “Game of the Year” award and limiting themselves to drawing up web comics about the game every other week.

January 19th 2005: The professional guild “Elitist Jerks” on Malganis performs the first successful raid on Captain Placeholder; unsurprisingly Blizzard shows its lack of content for the endgame in not having Tier 1 set pieces on the Captain’s loot table.

February 14th, 2005: The first sanctioned in-game marriage is annulled between Missgnomer of the guild “Rouge Trainar” and Squee of “Naga Stole My Chest”, over irreconciliable differences (Finkle Skinner between a skinner and rogue). They chose to split all DKP and alts between them, and the two men maintain a professional relationship to this day.

March 22, 2005: Lord Kazzak introduced as one of two outdoor raid bosses. Roads and archways in Stormwind City widened to accommodate his weekly visits. Public test realms go live, offering players from every server to complain about unreleased game content and players they have never played with. Arcane Missles are finally fixed, and are now “Working as Intended”.

April 4, 2005: The "drunk" effect is enhanced to more closely match real-life inebriation effects. Hambeasts score sloppy cybersex with drunken roleplayers in the Goldshire Inn, only to be annoyed and humiliated when said partner doesn't /tell the next day as promised. Town square dueling up 300%. The PVP Honor System is also announced, and with it the quest “Respawn at the Tauren Mill/Southshore Graveyard” – extremely popular for the thousands of players nearby, forever engaged in Eternal War.

April 7, 2005: Meeting Stones introduced across the dungeons of Azeroth to wide acclaim. Level 60 healing classes rejoice at no longer being barraged with tells inviting them to Wailing Caverns or Scarlet Monastery. Groups of four Hunters and a Rogue are now formed by choice rather than circumstance. PKers express their gratitude towards Blizzard for "putting out a nice buffet".

April 15, 2005: "l33tspeak" communication between enemy factions disabled once and for all, much to the dismay of d00ds everywhere, who now have no way of informing their opponents how good their mothers are in bed. Underground inter-faction peace movement encounters a crushing setback when the next meeting degenerates into a series of spits, waves, and dancing.

April 19, 2005: Vanish stealth bonus increased as Ambush and Backstab damage modifiers tweaked to the positive. 392 Rogues all named variations of "Drizzt" rolled within 12 hours. Hunters named "Legolass" declined to comment. Cloth casters' concerns with the changes are quickly met by developers request for the novices to shed tears more often than normal.

April 30, 2005: The Gurubashi Arena Event introduced to Stranglethorn Vale, a Battle Royale for a treasure chest in the center containing random items. A Crack squad of Level 60s from the guild "Grief Inc." on Kel'Thuzad corner the market on Infiltrator Swords of the Monkey. Elemental invasions around the world offer players another location to farm Elemental Fires for Molten Core.

May 12, 2005: Battlegrounds are released, so now players could demonstrate the same skill in blaming their teammates, latency and weapon choice they practiced in Counterstrike. Like CS, Warsong Gulch serves as a Capture the Flag oriented match, while Alterac Valley combined elements of hostage rescuing, finding a bomb and diffusing it, going AFK and waiting in 3 hour long lines to play. Soon after being publically released (along with the awaited fix to Arcane Missles) , Warsong Gulch teleportation and wallclimbing hacks were revealed to the general public after a prominent Rank 13 Shaman was exposed capping the flag. Outed cheater claimed he was "just testing" the exploits repeatedly over the previous three weeks, rather than alerting the GMs. 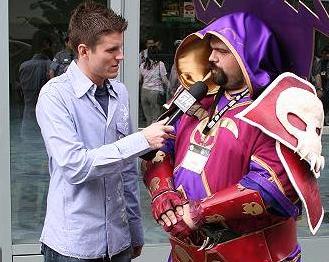 Fortunately, a mature player base exists on the forums to give insightful feedback to developers.

June 4th, 2005: Blizzard’s worldwide revenue exceeds that of South America. To celebrate, hardware problem related maintenance takes the game down for six hours this week instead of twelve. Blizzard manages to create a rare-quality one-handed sword that Hunters unanimously agree “is not for their class.” Two days later hunters begin rolling for it anyways.

July 9th, 2005: Warrior talent trees are made so all points are immediately allocated into a 31/20 Arms/Fury build, while allowing for one player per guild a quest to unlock the protection talent tree. Darkmoon Faire and Cards are added to World of Warcraft, players are instructed to “catch them all”.

August 2005: First Holy Paladin vs Holy Paladin duel completes from start to finish, which lasted for 3 days. Players on the server remarked that it doesn't count, seeing how both players just auto-attacked with heal scripts while they went AFK and played Battlefield 2. Blizzard reminds players that walking away from their computers, for any reason, violates intended game mechanics.

September 13, 2005: Zul'Gurub introduced as the latest high-level PvE dungeon, doubling the amount of end game content available. Blizzard reveals their top-secret naming convention to the public, decreeing that all future dungeons must have names that would earn at least 75 points in Scrabble and include an apostrophe. Ruins of Ahn'Qiraj announced soon after as in development. Hunter talents are changed; players with guns are now offered the new and exciting option of putting only 20 points into Marksmanship.

September 21st, 2005: Blizzard bans a supposedly physically crippled player after accusing him of using third party programs to do player tasks for him. Forums explode in outrage, but eventually calm down after it was revealed that the player was in fact a cripple and Zul’Farrak’s pyramids could not be equipped with the necessary ramps he might require. 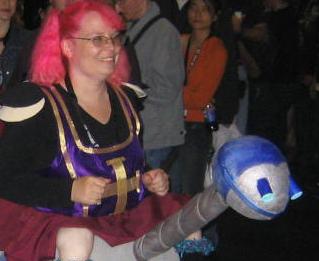 September 27, 2005: The O’riely Owl, made popular by many Irish Aviary fan groups, makes its first appearance on the World of Warcraft Forums. Pages upon pages of class whines and account cancellation threads are buried by this hot new ASCII image, which quickly dethrones Leeroy Jenkins as the height of WoW comedy.

September 28, 2005: ORLY fad is officially run into the ground, a scant six hours later than its predecessor. Druids are given a class update, and with that more reasons to bitch about not getting rogue or mage loot.

October 28th, 2005: Blizzcon occurs, where fans of World of Warcraft and Starcraft: Vapor Ware can go for a modest $125 admission fee. Furries and Otaku rejoice that there is finally a convention that makes them appear normal, almost socially acceptable. If this wasn’t bad enough, power pop sensation “The Offspring” headlines the venue.

Also scheduled to be looked at is the Mage spell “Arcane Missiles”, which currently do not function properly when cast at certain points of world geometry. Blizzard hopes to have this spell working as intended before the patch goes live.

Well, that about does her! I'd like to once again thank Malkith, Caselogic, Adam Kensai, and Raivin for their poop and shaman jokes. If I missed any details in this overview, or you just wanna talk about how unbalanced the Pandaren racial traits are, I will read all emails sent to abraham@somethingawful.com. I read Livestock's emails as well - but he doesn't need to know that.