Battlegrounds and What They Mean to You 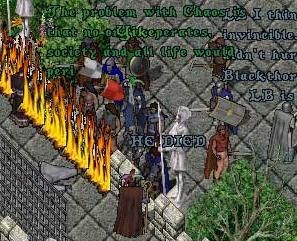 Arathi Basin: The most recent addition to the Battleground menagerie features the human League of Arathor and the Forsaken Defilers and - brace yourself - they're pissed off at each other. The rolling plains of the Arathi Highlands are your venue for this fight, and the warring sides compete to capture and hold various "control points" on the map, such as a farm or a gold mine. Although heralded by many as the closest you'll get to a straight deathmatch BG, maintaining those control points is the sole key to victory (think Halo 2's "Land Grab" gametype, sans the racist 13-year old yelling in your ear.) Your team accumulates points by way of the resources gathered from structures you control, and the first team to collect 2000 resources wins.

Now, don’t let the terminology of “capture and hold” fool you – defense is for fucking pussies. If you have the lead, and by staying put at your nodes to protect your lead seems like a sure thing, you obviously haven’t considered the “surer” thing of going out and leaving two of your bases unsecured, for a shot at their last base. Chances are, you will play like most pickup groups do: chasing each other around the map, capping and re-capping points like a retarded Merry-Go-Round. Up until recently, an successful “organized” group for AB consisted of having everyone sit down and lose as fast as possible, so they can accumulate second place trophies at a phenomenal rate.

However, Blizzard has put into countermeasures that currently see this act worthy of a “Mark of Dishonor”, which puts the Faction Farm-Aid Sit-In on hold. So what is one to do in this land of anarchy? Become an Army of One. Even better, convince your teammates to individually become armies as one as well. If one Rambo can single-handedly take over Vietnam, imagine what FIFTEEN Rambos can accomplish. I’ll tell you this much: we wouldn't understand a word they're saying.

Keep in mind, your goal in the sense of the storyline is merely to accumulate the resources needed for these two organizations to wage war. That's right folks, just when you thought the overall "goal" of playing an MMORPG was ambiguous and illusory enough, Blizzard raises the bar by having you locked in an eternal struggle...to support a larger eternal struggle. I'd say more, but between this and the fact that one has to win more than 300 times to become revered with the zombies or humans, I'm too goddamn depressed now. Not like I wanted to kill other players just for the sake of killing them anyways. 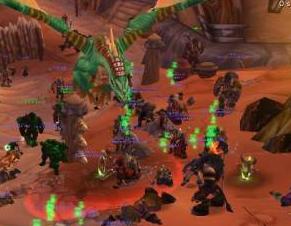 Battlegrounds that never made it: Bank Robbing Dragons Meadow

At any rate, those are your three live Battlegrounds at the time of this writing. On a high population server with some semblance of balance between factions, you'll most likely have your pick of which battle to enter at any given time. If on the other hand, you're on one of those cursed shards with something like a 4:1 Alliance to Horde ratio, rumor has it that Blizzard will be offering Cross-Server Battlegrounds sometime next July. As for future battleground scenarios? The sky’s the limit – assuming the sky consists of well defined First Person Shooter archetypes that have been around since Team Quake. Who knows? Maybe if we are lucky, we will see Goblin Rocket Helmut Arena before the expansion!

Finally, some quick tips to assist you on your quest to become the next General Patton, only with hooves and a polearm.

Be Selective. Always scout your opponents before a Battlegrounds game begins. Is that opposing team full of names from a Nefarion-farming uberguild? Don't be hesitant to /AFK out and wait for a softer game. Sure, your (former) teammates might get annoyed at suddenly being down a player, but they're not paying your subscription now are they? Remind them of that when they object, and don't forget that liberal use of words like "fag" and "noob" will only serve to strengthen your argument.

Use the element of surprise. Catching a player off of their feet is a good way to get tempo in group PvP. One popular method to accomplishing this is to single-handily assault four or five firmly entrenched players who are guarding an area – they totally will not expect how ineffective your assault will be. Do this thirteen times in a row – if you are lucky they will be surprised you aren’t tired of dying every 30 seconds and become tired of killing you.

Born Leader. Ok, so you're not a solo killing machine, and you want the real Honor that comes with winning the encounter. Take command of your ragtag party and make sure everyone is doing what YOU say they should be. Flood raidchat and General with a steady stream of orders and commands, and make sure to remind the hesitant how many times you've won this instance, how close to Rank 14 you are, etc. Randomly quote Sun Tzu and Machiavelli for that extra boost to your legitimacy as a true leader. Minor setback? Nothing rallies the troops better than an unadulterated hissyfit aimed directly at your entire team. Mention how ashamed you are of your entire faction, and absolutely make sure you threaten to leave the instance. Don't really leave though! Even if your team full of failures loses this game for you, you still get that sweet consolation Honor. It's like Tee-Ball, everyone gets a trophy, so buck up (see Make a Sandwich).

Creative Tactics. Spot a design flaw in the map that gives you and your team a decisive edge? Don't be a chump and open a GM ticket, use it! If that wall wasn't meant to be walked on, you wouldn't be able to, right? It's not your fault the other team isn't smart enough to bring the flag up on that unreachable ledge! Those goody two shoes whiners on the forums are just jealous of your l33tness. Remember that undead you played against one time months ago that jumped in the window of one of your towers? It's obvious that everyone on the other side is either a cheater or condones it, and you have to survive somehow. Remember, it's only cheating if you get banned, unless Blizzard is screwing you. Which they most certainly are.

Make a Sandwich. All of the Battlegrounds give players free PvP honor & a Mark of Honor, just for being a good sport and taking the loss on the chin. Your teammates suck (especially that healer!), your character is much weaker then their character, and more than likely their team cheated. So instead, do what many other players are doing – sit out. Never mind the fact that you are a spineless douchebag or that a win is worth 500% more honor – World of Warcraft is not about fun. It is about the best loot & getting the best loot as quickly as possible. After all, player versus player combat is for jerks anyways.

EXTRA SPECIAL I CAN'T BELIEVE YOU READ ALL THIS BONUS: Have an issue with certain game mechanics? Wondering why a particular class issue has not been addressed? Under the condition of anonymity, our own Blizzard insider "Mr. Blue" said he would look at all issues and respond to them in a future Art of Warcraft! Feel free to send us said words to Blue/a>. You can also just email us here to tell us how good we look doing this - we have poor self image and need all the encouragement we can get. 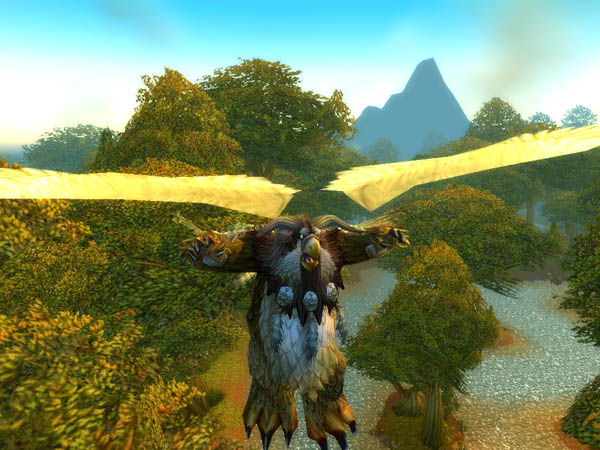