I Am Christ and The Messiah and The Great I Am

I Am Christ and The Messiah and The Great I Am, submitted by God. In case the new Mel Gibson movie wasn't enough to appease your appetite for depictions of Christ, how about settling for the real thing? I'm not dicking you around here people – this is the genuine article! This is the guy who made loaves of bread into loaves of fish and then turned those weird fish loaves into wine. This is the guy who touched a mummy and made it live again, and cured somebody's bicycle after the elders said no one could ever ride it again and that it's chain was broken beyond repair. This is the man who swam with the sharks and soared with the eagles. This is Jesus Christ! This is his website. 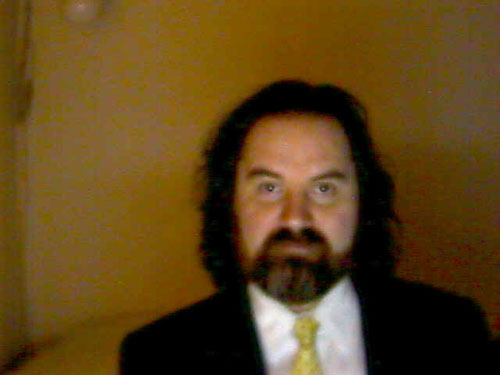 Ted PHASES from looking Good to looking UPSET to looking Bad and sometimes Evil and this is the system of Good versus Evil on Earth and ALL Humans no matter how good and nice and very careful you are you are in this tug-of-war of Good versus Evil. This could be Ted phasing with Satan or Devil or certain Demons in HIS Brain and Body or certain Earth Angels of Light that are very to extremely serious and or upset. Ted hears voices and many times that this is Evils turn to do something and Good and Evil seem to per the legal system take turns with humans that are in an extreme tug-of-war. Sometimes this phasing seems to be a matter of seconds to minutes and sometimes is extremely rapid and then longer phasing to sometimes hours of Good and then hours of Evil and TJCG's legal system seems to be sometimes more Good and then Equal Time to more Evil and seems to depend on how very careful Ted is and Good Ted is and how pure from sin. The more pure from sin Ted is the more Good and more Good Spirits seem to have control over Ted. Ted has a past and sinned and is currently very good and trying to be nice and at least is good enough. For example if Ted strays with DIE T then Satan or Devil and certain Demons seem to get their Evil Spirit time or turn more often and take that ball and run with that ball in that direction and seems to be similar to a foot ball game and sometimes diet causes a tackle or a fumble or an interception or have to or decide to punt and then Satan or Devil and certain Demons take the ball and run in a direction that is specifically tempting more with diet temptations and similar and related temptations and also unrelated temptations and messing with and tormenting a person. Drinking cokes and drinks with caffeine and eating junk food seems to be considered sin and health sin and Ted is tempted and tormented when doing what many think are minor things and coffee is brown and most caffeine drinks are brown and packaged with certain colors and that are considered more Evil color combinations and this is and was done for a reason. Yes products are color coded and why do you think that most Mass Media Products are in Black and that includes televisions and vcr's and digital media players and stereos and speakers and that is because the Mass Media is mostly Evil and is delivering mostly Evil Programming and Evil Content and assisting Evil. Satan or Devil and certain Demons did and do dub over and Ted heard much of this and how that works and hears this sometimes and use Hypnosis while watching and listening to Mass Media and this is EXTREMELY effective and EXTREMELY DETRIMENTAL. The less you watch and listen to Mass Media the better you are going to feel and be in many cases. You can carefully observe the difference in people with much Mass Media exposure to people with little Mass Media exposure. Their seems to be some residual from the past and sometimes it takes time to change and get help with changing and much of this is done with Dream Therapy while you are resting and sleeping and Control Over You Training and also some Good Spirit Hypnosis to reverse much of the ill effects of Evil Spirit Hypnosis that was and is done by Satan or Devil and certain Demons in massive and detrimental quantities. Look at the FACES of the many Jewish and Christians in the congregations and you are going to observe that many are phasing from smiling and looking good and or happy to frowning or upset looking faces and many times you are going to observe changes in their expressions and in their eyes and phasing because we are on a system of Good and Evil and their is Good and Evil tug-of-war constantly going on.

Like seemingly every site in the crazyverse, Ted, or Jesus as he is better known, makes you scroll so much you might as well be a mountain climber. This site goes on forever and forever all thanks to a merciless onsluaght of information. If you thought we here at Something Awful abuse bulleted lists, forget it. You haven't seen anything. This site uses more bullets than a blindfolded army. Of course each bullet goes along with something fascinating like "Propagation of White and Yellow and Purple and Christian Blue and Jewish Blue Colors and Color Combinations and also Black and Orange Colors to try to COLOR CODE LightSide and DarkSide Humans and Stuff and Events." What's that mean? It means I need to take some Tylenol because my head was not designed to endure such madness.