Tuesday, Mar 02, 2004 by Rich "Lowtax" Kyanka (@TwitterHasBannedAllMyAccountsEver)
Know of an awful site? Send it to us and become a hero!

If you're new here then to explain this site in short terms, it is about pictures of anyone under the age of 20 either growing to huge sizes or shrink to a size of a doll, bug or even smaller! These pictures aren't real of course, but made by talented artists and average people alike. As most may or may not know, there are numerous sites relating to Giant Adults, almost none for kids, and those sites can get kind of dirty (Sex, Naked). This site will not have any of those. There are guidelines for posting pictures and more, see below. 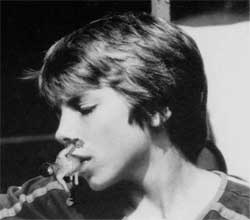 Right infront of him the mail man shrunk down to 4inches. The mail man didnt know what was going on but Marks giant hand quickly reached down and picked the man up and ran back into his house and back into his room. He then placed the man on his bed and began analizing him. The mailman quickly stood up and said "What is going on here what did you do to me!!" Mark plucked the man with his giant fingers knocking the man on his butt. "I would shut up if i were you mailman, I am your Master and you are my slave get use to it but if you got a problem maybe ill eat you, or better yet ill crush you under my foot!!" mark said angrily. 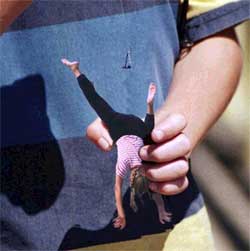