In the midst of what can only be called a "cinema famine" in the colonies, Ian "Professor Clumsy" Maddison was graced with the pleasure of both The Iron Lady and Goon. The rest of the lads took the opportunity to catch up on some films they'd missed out on from the tail-end of last year -- you can still catch them in the theaters if you run!

EXPECTATIONS: Margaret Thatcher is one of the most controversial political figures you could name, and a film about her life will surely make a lot of people angry, even before they actually see it (if they ever do). Just mention Thatcher in any room and you'll be pelted with rocks. Hopefully, this film can approach the subject with some pretense of objectivity and without shying away from the political realities. It doesn't help that it is being marketed as the new The King's Speech, though.

REALITY: The Iron Lady is an interesting failure; powerful, bold and shocking, yet framed in the most bizarrely misguided way imaginable. This film certainly won't change anybody's mind about Thatcher, whether you hate her or love her, but it might make you realise that as much as we like to demonise our right-wing political figures, they are all human underneath. 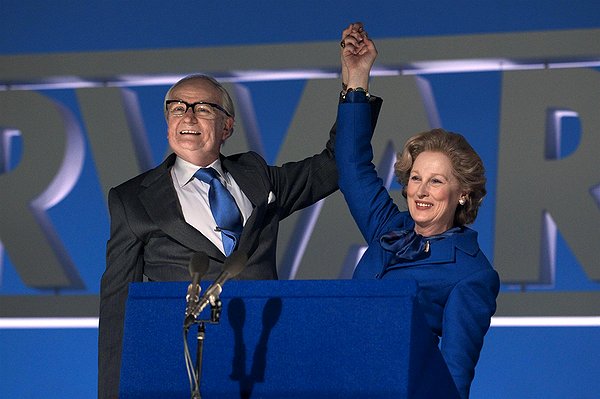 Hooray for the Tories!

The film follows the political career of grocer's daughter Margaret Roberts (Meryl Streep), her marriage to Dennis Thatcher (Jim Broadbent) and her eventual rise to leader of the Conservative party, culminating in her becoming the country's most hated Prime Minister in history. The real misfire, however, comes in the scenes of Mrs. Thatcher's later years, wherein she is portrayed as suffering from declining mental health, haunted by hallucinations of her long-dead husband.

By framing the story in this way, they have effectively found an overly easy way to get the audience on-side as early as possible and then try to construct the narrative around the odd question of "How would you feel if you'd Thatchered Britain?" The question itself is rather interesting and effective, but rather than let it linger in the audience's minds, the film tries to offer some form of satisfactory answer in the form of Thatcher's diminishing faculties. It depicts her as mired in regret for putting her career above her family and for what she did during her time as Prime Minister. It's all rather presumptuous, not only about Thatcher's emotional state, but also the audience's response. 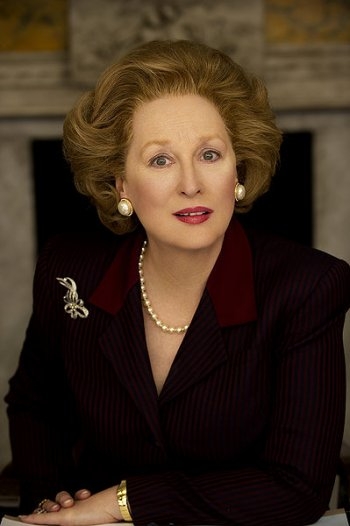 You're such a Thatcher.All of this feels like a rather lacklustre attempt at imitating the single-day time frame of The Social Network, wherein the entire narrative is presented as a retelling over the course of an inconvenient trial hearing, complete with a two-and-a-half-hour lunch break. Here, they want to retell the entirety of Thatcher's career as she might have looked back on it during her last days. A much more effective approach presents itself shortly after the awkward prologue ,when a younger Margaret Roberts, played by Alexandra Roach, shows us her feminist strength, single-mindedness and abrasive personality all in one package. Opening the film with this would have been a much more succinct show of character than the purely fictional ramblings of a crazy old woman.

The Iron Lady is at its best when it hews closely to reality. It is telling that the most powerful images in the film come from stock footage of harrowing police brutality during the miners' strikes and riots opposed to Thatcher's flat-rate taxation. Scenes of people trampled by police horses and brutally clubbed to death by police truncheons, stretched to fit a cinema ratio though they may be, are depressingly relevant. Of course we've seen similar scenes of rioting and over-zealous police action in the recently ended year. A poorly motivated war brings very recent memories to mind as well, and it's startling to be reminded that history repeats itself like this. But, I suppose it is important to be reminded, especially in the context of a hated leader like Thatcher, because it serves to make us question our own leadership. Are we any better off under Cameron and Clegg or Obama?

Ultimately, The Iron Lady just doesn't do what it sets out to do, and it certainly does not do what any audience member would want of it, so it can't really be considered a success. Streep is most certainly going to win the Academy Award to which she has become accustomed, and Jim Broadbent will at least be nominated for best supporting actor. But, who really cares? Who cares about Oscars anymore other than the people who win them? Without the Oscars, would anyone see any demand for a film about Margaret Thatcher? No. No they would not.

MINORITY REPORT: Casting Meryl Streep as Margaret Thatcher is like casting Ian McKellen as Ronald Reagan. It's simply a bad idea, and with Streep's involvement, it makes The Iron Lady seem more like failed Oscar bait than a film of actual substance.Also, who the fuck wants to see a movie that humanizes Margaret Thatcher? That's like making a sympathetic movie about Beelzebub. - Sean "Keanu Grieves" Hanson