EXPECTATIONS: So Garry Marshall went and made another film using his Valentine's Day template, throwing as many famous names into the cast as possible in the hopes of misleading people into believing this is a legitimate ensemble film, rather than just a pointless collection of unengaging vignettes enabled by an inexplicably big budget.

REALITY: It's rare that a film strikes me as being completely without artistic merit. New Year's Eve is not art. It is not entertainment. It is hard to even describe it as a film. It is a visual realisation of how the intolerably wealthy and privileged imagine the world to be. 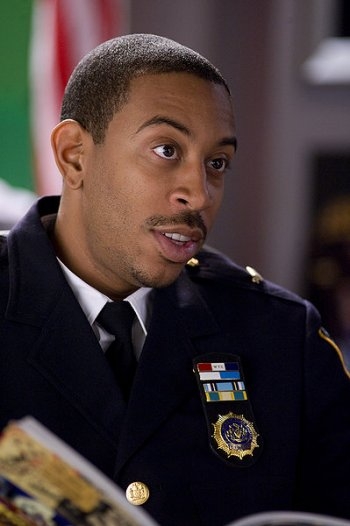 According to New Year's Eve, it's okay to be black so long as you wear a uniform.This is the dreaded second paragraph where I usually summarise the plot as quickly as possible so I can get back to the meat of the review. However, New Year's Eve doesn't have a plot to speak of. Instead, there is simply a clump of characters all pursuing goals that must be accomplished before midnight. There's Michelle Pfeiffer, who quits her job and hires young courier Zac Effron to help her accomplish all her New Year's resolutions from the previous year; there's cancer-ridden Robert De Niro, who pleads with nurse Halle Berry and doctor Carey Elwes (last time he played a doctor it cost him a foot) to let him spend his dying moments watching the Times Square ball drop; there's Hilary Swank, determined to make said ball drop with the assistance of New York Police Officer Chris "Ludacris" Bridges; there's Sarah Jessica Parker desperately trying to stop her teenaged daughter Abigail Breslin from kissing boys (which causes cooties); there's Jessica Biel and Seth Meyers racing to have their baby before Sarah Paulson and Til Schweiger have theirs and pip them to a $25,000 reward; there's Katherine Heigl, catering for a party at which her ex-boyfriend Jon Bon Jovi is performing; there's Josh Duhamel on a road trip back to New York where he hopes to meet a mystery girl he spoke to last year; finally, there's Ashton Kutcher and Lea Michele, who are stuck in a lift together doing nothing of interest.

I don't recall ever caring less about a group of characters or their so-called problems. There are maybe three characters in the whole thing who are worth giving a toss about, and their motivations are not fully established until well into the third act. Even then, their arcs are never resolved in a dramatically useful way. You see, they have this silly idea that we will all be more entertained if we don't know what connects any of these characters. For example, we are often given false clues as to who the girl Josh Duhamel is meeting might be. What they don't realise is that we would probably be a little more interested if we understood the relationships between everyone involved at the beginning. Maybe then we could agree on the importance of an illuminated globe sliding down a pole at midnight. 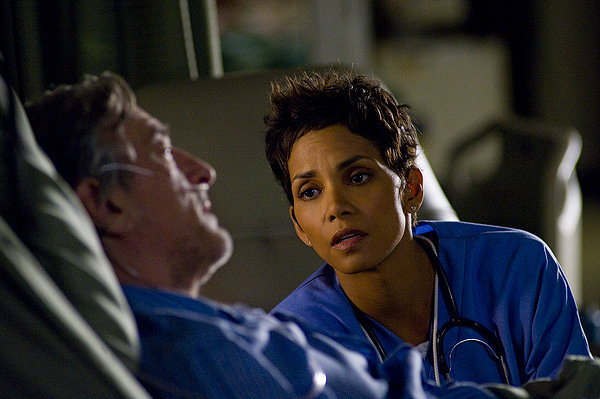 What really makes this film terrible, despicable even, is its general political outlook. While the real world might have protestors from the Occupy movement disrupt festivities like this, New Year's Eve represents a world in which there are no poor people and so the party can go ahead as planned. Being white and successful is simple human nature. Minorities are okay too, so long as they do useful jobs that serve the betterment of the country. You know, like nursing, joining the army or becoming a police officer (but not the kind who pepperspray innocent people); anything with a uniform. Even Ashton Kutcher's character, who is portrayed as a slacker who doesn't even bother to get dressed in the morning, turns out to be a successful comic book artist. Had that character been black, he would have had to be a firefighter using the lift to rush out to an important firefighting conference. This is the kind of thing that colours young people's ideologies subconsciously, building prejudices that we just don't need. 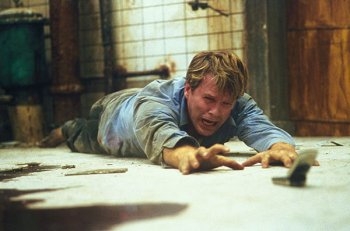 Cary Elwes plays a doctor in this. I like to pretend he's the same character from Saw and that this is a prequel to the James Wan masterpiece.What somehow manages to be worse is New Year's Eve's penchant for product placement. I don't normally mind a little product placement in a movie, so long as it's done with a modicum of subtlety, because that kind of thing can help a movie get made. Here, however, it takes up about 70% of the screen at all times. Every sweeping shot of Times Square is loaded with reminders not to miss Sherlock Holmes: A Game of Shadows or to buy Toshiba products or even pick up Valentine's Day on Blu-ray. Even New York itself is treated as a product, as Zac Effron drags Michelle Pfeiffer to various tourist spots around the city and she shows as much delight as her botox-filled face can muster. Tourism can only be good for business, after all. Oh, and don't forget to take in "Mamma Mia!," visit the Queens Museum of Art and adopt a puppy during your visit to New York!

Suddenly I was reminded of John Carpenter's They Live, in which working class Joes "Rowdy" Roddy Piper and Keith David discover special glasses that reveal every single piece of popular culture to be part of an ongoing alien invasion, sending out a hypnotic message to OBEY! New Year's Eve is what happens when the aliens win. VISIT NEW YORK! CONSUME! DON'T THINK! PLAY ANGRY BIRDS! RYAN SEACREST IS YOUR GOD!

The only way to really get to the heart of New Year's Eve, then, is to get your hands on a pair of those special glasses that see through the aliens' veneer. Then this becomes a terrifying work of propaganda designed to enslave and dehumanise us all. Either way, it's definitely not something that should be seen by human eyes.

MINORITY REPORT: I'm convinced that Robert De Niro has given up on acting and now wanders New York City seeking out film shoots just so he can walk up to the camera and talk about how great the city is. Because, really, would anybody stop him? - Joseph "Jay Dub" Wade