International Organization of Heterosexual Rights, submitted by Deathwalker. As you can probably guess, I'm not gay. I'm twine. So maybe I don't have the best grasp on this page, which claims it's a big support group for nice men who don't believe in putting other nice men's penises in their mouths, but I wasn't aware that heterosexuals needed such a service. Regardless, there are many colorful and helpful Bible Scriptures copied and pasted throughout the site, so that should undoubtedly appeal to folks out there who like reading things which are on their computer screen. That's nice. 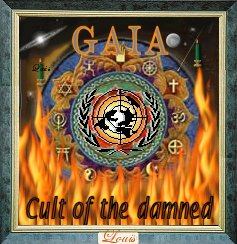 The National Education Association, SIECUS and homosexual activist groups insist that your children are taught how to perform homosexual acts by the time they are in junior high school, in all 50 of the United States of America. The form below provides legal protection for your child and you as the parent from these deviant and disease ridden teachings.

“They used Scripture to point out the fact that . . . Christians have a history from the beginning of bashing homosexuality and people who are different because God said so,” said Huggett. “I thought, ‘How dare you say I can't stand up and talk to my kids about what I believe and bring out the Bible, but you can go ahead for your purposes and actually misquote [the Bible]?' ”

By the time the lunch break rolled around, Huggett was too distraught to stay, so she sought comfort at home in a daily devotional book. To her surprise, Hebrews 12:2, a verse that describes Jesus sitting at the right hand of God, was referenced on that day's page.

“To come home and see it in my journal . . . it was one of those moments in my Christian walk that I felt was the closest thing to God just opening his mouth and talking to me,” Huggett said. “It was like, ‘Yes Cindy, you are right. . . . You see what's going on. You see the evil in it. You understand it. And I'm going to let you know by Scripture.' ”

Emboldened, she spoke her mind a few days later at a faculty meeting.

“I strongly feel that if I don't say something, this will continue and Christians will be bashed again and again,” she told Citizen . “And I'm not going to let that happen. I will not stay here if that is going to happen. I will lose my job and wash dishes if I have to.”

Oh no, this sounds very terrible. I wish these noble folk all the luck in the world for their holy quest to rid our schools and supermarkets of such vile homosexual propaganda. Although I didn't attend school and don't have much reason to go to the supermarket, it sounds as if they're facing a really incredible battle against such a monumentally powerful homosexual force. It reminds me of that time the somewhat large dog walked by me and I thought he was going to attack me, but I just concentrated on his head really hard and tried to psychically make his head explode like in that movie by David Cronenberg.

PS: This is also a very helpful resource.

– A Gigantic Ball of Twine