Saturday, Aug 28, 2004 by Reid "Frolixo" Paskiewicz
Know of an awful site? Send it to us and become a hero!

Gay Celebrity Fan Fiction, submitted by Toad. For today's awful link I'm going to supply you hearty fruits with a huge selection of awesome gay celebrity fan fiction that includes a lot of outdoors stories of erotica. My favorite is "Fishing with Orlando Bloom", and I must declare that it made me "pitch a tent" if you get my drift. It means I got an erection.

"A soft peal of laughter rang out through the quiet forest, the sound was mesmerizing, it engulfed me completely. I looked up slowly and beheld the most beautiful site I have ever seen. With the sun directly behind him, his head was haloed like that of an angel, his gorgeous angular features were emphasized by the light behind him. He looked down at me and offered a hand, I slowly reached out and let him help me to my feet. As I stood there, gazing into his beautiful dazzling eyes, naked as the day I was born, I was dumbstruck. I couldn't say a thing, I couldn't move, his face was about a foot from mine and I still could not believe this was happening." 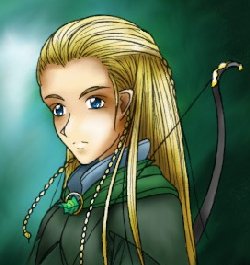 He didn't move his head at all, he just held the mushroom of my head in his mouth and caressed it with his tongue. Slowly at first, but quickly increasing speed until his sucking and licking was almost frantic. He wanted me, he wanted what I was going to give him, and I wanted to give it to him so much. I held out for as long as I could, but very soon I took and a held huge deep breath, and exhaled it heavily as my hot love juice exploded forth from my cock into his mouth. He began to swallow immediately, knowing that there was a lot to come - and there was, I fired six or seven massive shots into him as the incredibly powerful orgasm took control of me. My hot spurts slowed after that, but there were still another half dozen or more before I was completely empty. I had ejaculated more hot semen into Orlando's mouth than I think I had ever ejaculated anywhere before or since.

Now that's what I call a fishing trip! Please enjoy the rest of the stories and have a great weekend you knuckleheads!.