The Disney Bloodline - The Skill of Lying, The Art of Deceit - P

The Disney Bloodline - The Skill of Lying, The Art of Deceit - P, submitted by Shirley Temple's Brain Stem.

Intrepid explorers of retarded Illuminati conspiracy theories will be delighted with this fine little piece of work. It appears on quite a few websites devoted to “free speech” (read: insane theories that are not actually being suppressed but merely ignored), but many of them don’t include this extremely amusing and no doubt incredibly important section. Part 2 of the weighty Disney Bloodlines tome deals with celebrities, mind control, the CIA, brainwashing, and the mutilation of Shirley Temple’s brain. 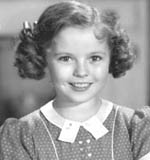 Was Shirley an early example of brain-stem scarring to get geniuses?Black, Shirley Temple. Shirley Temple Black sat on the Disney board of directors (74-75). Her films were used for some of the early 40ís and ë50ís programming and teaching slaves body movements/dance. She married someone in an elite Network family from San Francisco named Charles A. Black. Charles A. Black was a Lt. Col. in the Pentagon who lived at Bethesda, MD. Was Shirley an early example of brain-stem scarring to get geniuses? Shirleyís brother appears to have developed "Multiple Sclerosis" from brain stem-scarring. It was Shirley Temple who co-founded the International Federation of Multiple Sclerosis Societies, and was a member of its exec. committee. Shirley represented the U.S. at the UN General Assembly in 1969, belongs to the Sierra Club, and has been decorated with the Cross of Malta. Shirley has shown clues that she may be an Illuminati mind-controlled child protege.

Wow, scarring my brain stem makes me a genius? I’ll be back in a minute after I do a little work with a hammer and an ice pick…