Kidz Bop, submitted by Steven. Remember those Now That’s What I Call Music cds? The ones that took everything that makes most radio stations unlistenable and compacted it into forty minutes or so of what I can only describe as really bad music? I don’t know, maybe they’re still around. I’m sure as hell not going to go look something like that up. 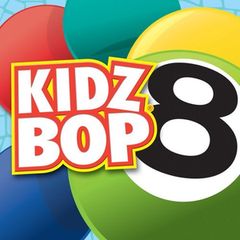 Buy now and we throw in Baby's-First-Thong !I have some good news though: If you have any nostalgia at all for the age of Now, but feel that just going back and listening to a few from your old collection wouldn’t offer you enough subtle pedophilia, then Kidz Bop may be the exciting new thing for you.

Every Kidz Bop album features the basic formula of using all the same kinds of songs that would be on a Now disc, but adding a group of little kids singing along in the background. I guess this is so kids can listen to it and do their own singing along, although why they couldn’t just do that with the original song and save however much money one of these things cost isn’t quite clear to me. But that’s not the point.

The point is that Kidz Bop feature kids singing along to all the kinds of songs that used to be on those Now albums. Including ones that absolutely shouldn’t have fucking kids singing on them. Want to hear a five year old sing happily along with Britney Spears on “Toxic”? How about having a group of kids tell you to shake your ass on “Hey Ya”? Listening to this stuff, I can’t help but wonder if any parents who give this to their kids have even bothered to look at the kinds of songs they want their kids to do pre-pubescent karaoke to. Or do they look at the track list and say “My six year old would love ‘What A Girl Wants’! And I should also dress her up in a mini-skirt and let her watch porn! I’m a horrible parent please hit me with your car and take away my children!”