Aspies for Freedom and JTT Archive

From: Unloveablegecko@aol.com
Sent: Thursday, April 03, 2008 9:54 AM
To: acetone@somethingawful.com
Subject: another autism article


Jeez, you guys should call yourself somethingautistic. You've beaten the subject to death. Please, move on.

During the Holocaust millions of people were forced against their will into concentration camps where many of the would die. When this gene gets discovered would-be mothers will be given the opportunity to make an informed decision on whether or not to terminate their pregnancies. Yeah, I can see where the two are alike.

If you guys want we could lease out Goon Island to you for a small fee. 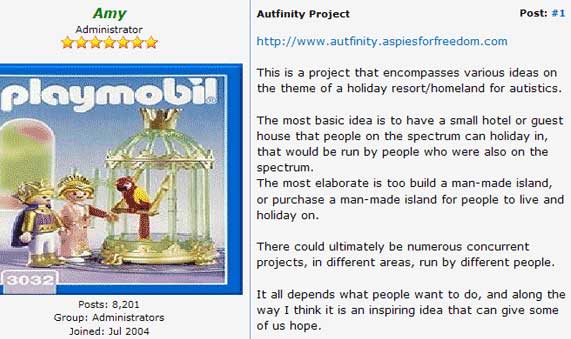 Gee, Apple laptops, Wii and bow ties? Gosh, I wish I had autism! 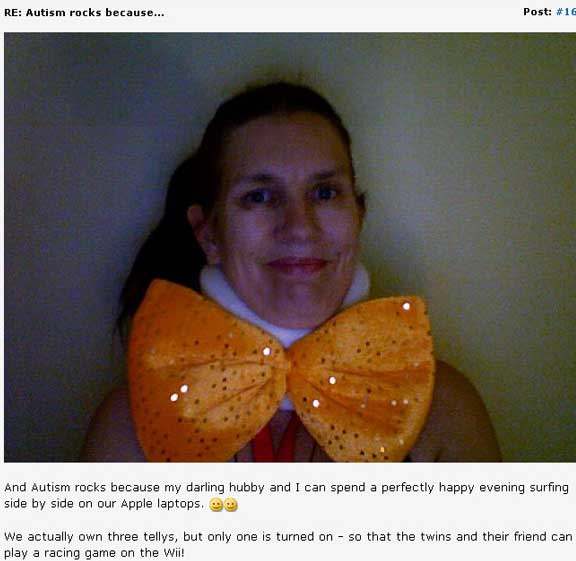 Actually, everybody gets poked fun at on the Internet and Asperger's sufferers feel they should be exempt.

Norms such as knowing how to communicate with other people. Ugh, I hate all those fools that talk to other people. They're just sheep following the herd!