N-Fans, submitted by abused_nostalgia. Sprite comics are the laziest collection of barrel-bottom entertainment that can be found on the internet. They dare to answer such questions as, "What would happen if the Chrono Trigger and Earthbound universes were combined, and asinine "internet" jokes stolen from anime pedophiles were played out over long story arcs?" I think it would go something like this: 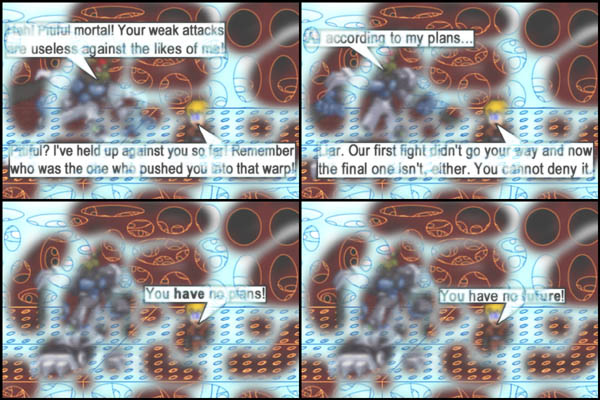 The only thing more depressing than sprite comics allowing the artistically retarded to be "productive" is that whenever I find one, it seems to predate the internet and have over 1000 updates. This one? Over 1600.