Look at these gorgeous animals! What kind of site would offer such majestic imagery as well as interesting tidbits such as "elephants are essentially gregarious" and "leopards are shy, solitary creatures"? Why, the kind that charges you up to $39,400 for the trophy corpse of a captive-bred lion! 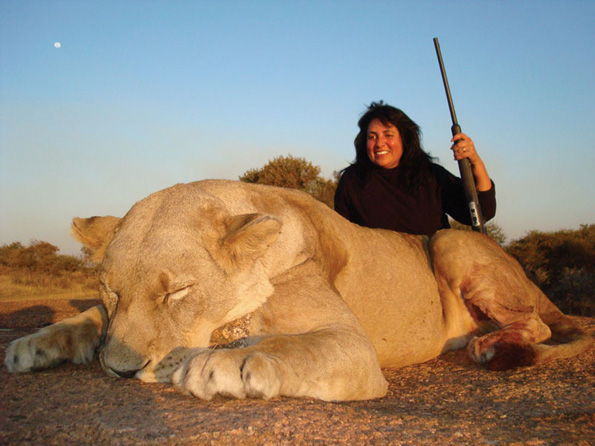 Look at this fucking woman. I'm fantasizing about a scenario in which the lion was just stunned into unconsciousness, and it starts waking up cranky right in the middle of her stupid photo shoot. People have mixed opinions about deer-killing weekend hunters, but I can't see any reason why assholes who spend tens of thousands of dollars to kill exotic animals in Africa shouldn't be mauled by the first available carnivorous species. Circle of life!