Thursday, Jul 26, 2001 by Rich "Lowtax" Kyanka (@TwitterHasBannedAllMyAccountsEver)
Know of an awful site? Send it to us and become a hero!

BUTTACUPZ PALACE, submitted by wadup. WEEEEERRRRRD UP BOOOEEEYZ! We gots ourselves one HIP AN HAPPENIN' join on da IN-TAH-NET! "Princess Reesee" guides us through an interactive world of wonders and magic, otherwise known as "Buttacupz Palace" or "English Language Hell." To show off how hardcore and ghetto this booty queen is, she employs the most disgusting and revolting mutilation of any language possible by typing her words phonetically (assuming they're being pronounced by a retarded Spanish dog with ten pounds of rock salt in his mouth). 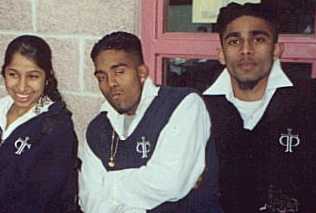 Buttaphly---it be that lil cup of butta comin atcha in full effect *lol*(---I mean *bob*---I mean *rbp*)So kin i get a Shawn? YOW! *lol* "Loooonelyyyyyy . . . . I am . . . so looooonelyyyyy" GAWD that killed me.I juss wanna say, on tha REAL <thiz ain't juss a corny line>, thank you fa bein there ALWAYZ ALWAYZ, n keepin me frum becomin like tha rest. N thanx fa lettin me kno my hair ain't look all that bad <even if you lyin, it helped> so much luv, princess.What'z tha wrrd, Tacheeza *lmao* rememba that name? Miss Dancin Queen, so move so good, ya know dut? Rememba, next year we reppin India wid FIRE. . .

Yeah! I completely agree with whatever the hell Mushmouth there said! Princess Reesee also uses the infamous Comet Cursor to further annoy readers into submission, at which point she personally comes over to your house and replaces your keyboard's "s" key with "z". Luckily she decides to add a "touch of class" by employing a series of floating dollar bill animated gifs. Guess what? It worked! I am now firmly convinced that Princess Reesee is in fact"DA tripz be lil in eety kin LOL efx 4 bein a tru luv YOW!" WEEEEEEERRRRD TO YA MUUUUTHA, BIZSNSZANATCHES!!!

PPS: Here's a song "Buttaphly" created for you. According to the website, "Buttaphly iz gonna be famous one day." It doesn't explain what she'll be famous for. I'm guessing she murders the Pope.

PPPS: Clicking on the link to this page will MAKE YOUR ENTIRE COMPUTER DETONATE.