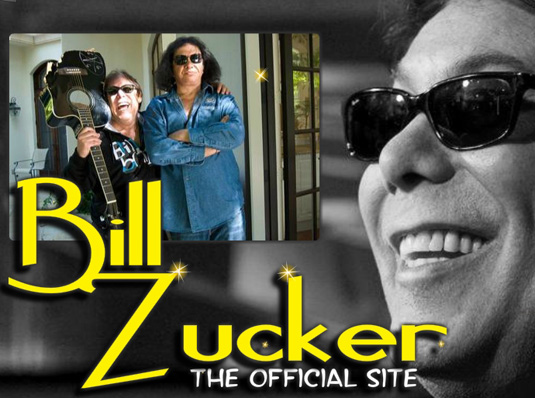 I think "terrible musician site" is probably my favorite category of Awful Link, if only because there's so much to revel in. The kinds of people who make sites for bands that hardly "tour" beyond the bar down the street tend to be the same ones who still cling tightly to faraway dreams of flaxen-haired blondes tossing underwear at them onstage.

The solution, in their eyes, is to make it look like they're already in that magical place. The problem with Bill Zucker is that he chose a piss-poor way to illustrate this point. Photos of an unamused-looking Gene Simmons, video cameos from an even more unamused-looking Scott Baio, and profile shots with Kelsey Grammar do not a rock star make.

So who the fuck is Bill Zucker? That's a great question. Apparently he's a professional song- and comedy-writer, which is impressive considering his struggles to string a sentence together. Also, he worked on a TV show with Kelsey Grammar, which is definitely relevant in the 21st century and way cooler than working with David Hyde Pierce.

If you really want to get to know the man behind the guitar, though, you've gotta go straight to the videos section. There are videos of the eternally sunglassed Zucker singing about summer romance with a model who severely underestimates her ability to get jobs; getting tracked by Dog the Bounty Hunter, who he might or might not have subsequently done wrong on Twitter; and being cursed at by Paul Sorvino, though you never actually see the two of them in the same room. Oh, and there's a really weird parody of what I guess this guy thinks cool people look like. 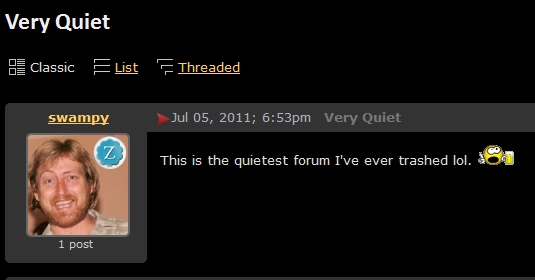 The only really unfortunate thing about this website is that the forum literally only has one post (which is itself commenting on how dead the forums are). It says something when even the owner of the site can't be bothered to comment. So strike up some discussion! Which BZB (Bill Zucker Band) video is your favorite? Who's cooler - Dog the Bounty Hunter or the blonde actress I can't identify that Bill is really excited to be hanging out with? What color would you say best describes Bill's teeth? For the record, I think it's "serape!"