At this point, I've pretty much accepted there are plenty of people on this god-forsaken planet who really love stupid, creepy, offensive shit. Furthermore, I've accepted that a lot of these people are going to make or join websites about these things. But the guys at Video Game Butt Shots made a mosaic. It's a collection of pictures of computer-asses that make up a big picture of a computer-ass. Do you see why I'm angry? Do you see why this is different? 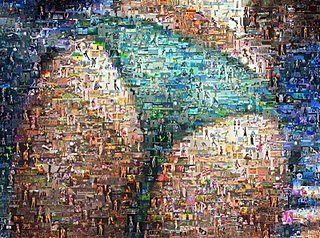 I can deal with detailed pictures of a fox with breasts and a dick fucking a pregnant, diaper-wearing alien. [Ed Note: Check your inbox.

] But a gluteal mosaic is just too much. It says "I need to be overwhelmed with asses. When I've stared at enough asses that I can no longer see them individually, I still want to see an ass. Oh, and no real-person asses need apply." This is some insatiable fake-ass-thirst here. It may have broken me. And incidentally, that mosaic only exists because this blog has compiled and displayed 200 pictures of the asses of video game characters.

I'll give the site this: It's not so much about the objectifying of females (which, in this case, can be postured as actual objects, so this is some meta-objectification shit) as it is a strange, singular craving for particularly shaped polygons.