Trapped within the body of RJ Greengard beats the heart of a natural showman. With his dreams of hitting it big in showbiz thwarted, he was forced to suppress his urges and become a corporate stooge in the industrial paint biz instead. But when it came time to create a web presence for his company, RJ could no longer contain his inner P.T. Barnum. He didn't settle for your typical stuffed-shirt, buttoned-down, fly-zipped corporate site. Nay, he made grand promises about a "State of the Art" "informative entertainment" experience "packed full of streaming animation's, movie clips and produced in digital stereo surround sound." And boy did he deliver!

IndustrialPainter.com embraces just about every "web 1.0" cliché: there's a visitor counter, a loading screen before each page informing you how many KiloBytes have loaded, those gradient buttons with the Impact font. Oh, and it's all Flash. RJ Greengard calls the shots, but it appears the actual coding was handed off to his 13-year-old nephew, who learned all his skills from Newgrounds.

Right from the beginning, it tries to ensnare you into its web with an unseen narrator attempting to sound swarthy: "A voyage is about to begin. You are falling deeper into the color ... of a dream. Time turns into color." Intrigued yet??? 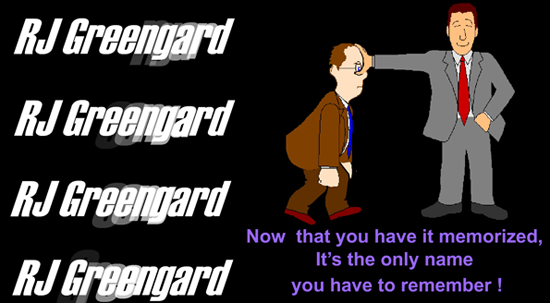 A film still from the Oscar-nominated animated short "RJ Greengard: About Us."

Now, a typical boring site would simply throw up a few contact details on a static "About Us" page, but RJ Greengard gives you an entire movie. And what a movie! There are clip-art animations galore, misspelled WordArt headings, and a haunting voice uttering the refrain "Our Quality Shows." Never before has the location of a company (Fort Wayne, Indiana!) been treated with such awesome reverence. It's like if James Cameron made PowerPoints. If you aren't completely jazzed about RJ Greengard Inc. and the exciting world of industrial paint by the time it ends (with its own applause!), you have no soul.

The music - which is present on each page - provides the perfect soundtrack for an office manager scouring the Internet for someone to paint over rust. A lot of it sounds like it came from the jungle level of a video game. My favorite is the dreamy, atmospheric piece on the sandblasting equipment slideshow, though the inexplicable "bad guys marching" theme on the page about sandblasting contractors is a close second.

With such a thrilling site, every day must be an adventure for the crew! From the looks of the "news" section, they had a crazy, news-filled week in the beginning of September 2005 ... then a couple things after that ... then apparently nothing has happened since 2007. Perhaps it's all the secret, exciting stuff they "aren't quite ready" to announce yet. I will definitely be checking back with them. 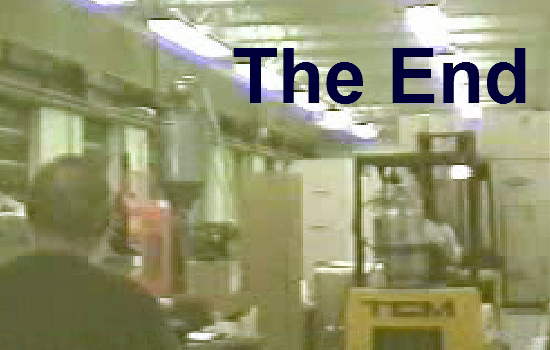 Take it from some guy (pictured) speaking loudly while machinery beeps and whirrs: Their quality shows!