At least once in college, you'll be forced to collect fourteen or more signatures on one piece of paper. No, this isn't your petition to have Tuesdays designated as anime awareness day, but a necessary step in changing classes, majors, or anything out of the ordinary. Deciphering the paperwork requires an expert deeply entrenched in the system. You will need a sherpa to guide you up the steep mountains of bureaucratic bullshit on your path to graduation. But who can you trust and who is there to get paid? My thorough research in imaginary journalism has allowed me to compile a list that separates those that can help and those who actually will.

So whose the most helpful person in college? You'll have to read the countdown. Or just skip to the last three, but don't do that. 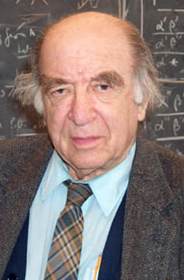 An academic advisor is appointed to you at the beginning of your difficult journey. He'll be overly friendly, wearing your school's colors, and declare his helpfulness. Do not be fooled by his unworldly enthusiasm for registering your autumn classes. You will only see him twice a year-guaranteed.

Inside his cramped office, the two of you sit in an awkward silence like a lunch date with a friend you've lost touch with. Your folding chair will make obnoxious noises on the linoleum floor. While you're trying to find something to say, he'll stare at you, maybe thinking of a way to help you through life, but more than likely he's trying to remember your name. Eventually he'll pull out a tiny folder with your name on it, and from that manila folder comes a single piece of paper detailing the classes you've taken and the ones you have left. That is all he knows about you.

If you ask about making a change, he'll look at you for a minute, then his watch before pointing out that your fifteen minutes are up and another student is waiting in the hall.

What you don't know about academic advisors is that advising you academically isn't their main job. Hell, it isn't a main feature of their job. They're at the university to do research-not help an ugly freshman. If he was working at Dairy Queen, helping you would be equivalent to mopping the floors, and those floors are disgusting for a reason. 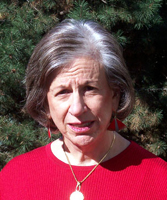 Possibly the most well respected person on campus, and without doubt the laziest. She proved herself in 1982 by writing Montreal Sexpos: Embedded Sexism within the Montreal Expos, and no one has questioned her since. Don't try to waste her time after class with a conversation or an observation, because she can only be bothered to discuss topics with people on her level. Do you know anything interesting about the Montreal Expos? Didn't think so, scrub. Oh, and don't even bring up the point that they moved to Washington in 2004.

Don't bother asking her about your college career either. Just because she's taught there for twenty years and interacted with countless students, doesn't mean she is likely to help you. Any question asked to her will be quickly answered with an infinite "I'll get back to you." To continue the unnecessary Dairy Queen reference, this is the old lady who has worked in fast food all her life. She knows her way around the store and knows all the prices, but hasn't actually made an ice-cream cone since you started working there.

Hands down the most invigorating, hardest worker in college. The new guy's full of spunk and excited to help you in any way. He'll gladly stay after class and discuss the lecture, your favorite Law & Order episode, or whatever interests you. He will always respond to your emails within fifteen minutes. Even that drunken one you sent at 3 am stating you wouldn't be at class tomorrow was replied with an eGreeting telling you to get well soon. So what's wrong with your interim professor? Well for starters, he doesn't know shit about your college. At all. Your school hired him for one semester, shoved him into a sharedclosetoffice, and let him go at it. So while he may love talking to you about your future in college, he has no idea how to put it in motion.

Another problem with interim professors is longevity. They may be excited at first, but as the semester drags out they'll start to realize that getting paid $2,000 is hardly enough to deal with your bullshit.