Thursday, Mar 22, 2007 by Chad "chadwardenn" Warden
Know of an awful site? Send it to us and become a hero!

Re: Why PS3 is better than Wii and 360 (thanks Chad "chadwardenn" Warden) - I've received many comments and video replies to my award-winning YouTube video thesis on the PlayStation 3 and its inferior competition. Most have been positive, praising me for finally telling the truth about the console market. Some fanboys loyal to the Microsoft and Nintendo cause are trying to subvert my success and outright lying to the YouTube community in order to undermine my video. The most pathetic has been posted by an autistic Australian Nintendo fanboy named "Futuramaooy".

What a laughable excuse for a gamer. This African American is trying to tell me that Nintendo offers a comparable experience to Sony's PlayStation 3 when in fact it does not. He waves his dildo-like Wiimote in the camera like I am supposed to be impressed by it. His claims are absurd. Here's what he was to say. 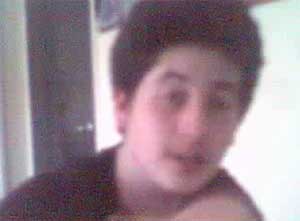 I'll tell you what, they've treated me well, and they haven't screwed me over that much. How many news articles have there been about Sony in a good light? I think even Thomas *unintelligible autistic garbage* had a bit of trouble finding good news about the PlayStation 3. He did, but it was still a bit mediocre. What's next, you're gonna do something about the PlayStation Portable?

Do I even have to dignify this with an answer? Let Nintendo shove a Nintendo "Wiimote" up your ass a bit more. Maybe you can beta test their Wario Ware Ass Shoving Butt Game! Hah! These Nintendo sycophants are never going to realize their console of choice is inferior to the true black sleek hardware casing of the PlayStation 3.
Know of an awful site? Send it to us and become a hero!