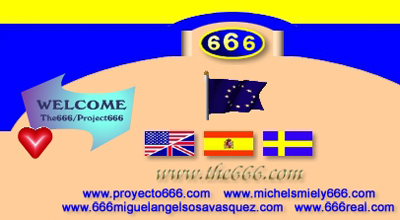 Project 666 is an unwieldy assemblage of insane political and pseudo-religious ramblings spread across 20 or so domains. It describes itself as "the great mystic window of God before men and also of the great forces of good and evil existing in the universe!" OK then!

The "project" is masterminded by Miguel Angel Sosa Vasquez, also known as "Michel Smiely 666" (?), who calls himself "The 666" and claims to be the beloved son and representative of God. Incidentally, he looks like the bumbling idiot Jerry from Parks and Recreation. 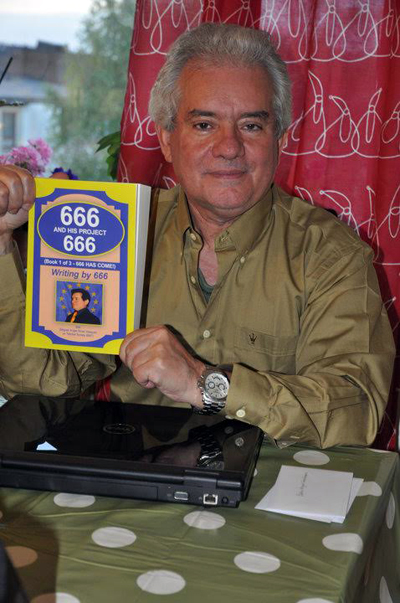 At first, this Flash-heavy site resembles an edutainment site for preschoolers, with a garish blue-and-yellow color scheme and kitschy falling stars. But as you continue scrolling down, you're exposed to utter lunacy in the form of hundreds of broken-English press releases featuring bold proclamations about The 666 being perpetually on the verge of becoming a powerful figure in international politics:

The soul of Chairman Mao Tse Tung will soon explain to the Chinese people and the world during the month of October 2015 and from our successful www.the666.com website

The existence of this whole situation in the second half and completion of his historic address to mystical China and the world by announcing the inevitable realization the historic alliance of China with 666.

The more I read, the less I understand. Apparently, once he introduces something called "The 666 Economic System," China will love him so much they'll give him "the first 'Nobel Prize of China'." What an honor!

The 666 will also use his "mystique" to ensure Hillary Clinton will be the next U.S. president thanks to a historic alliance, which might be referring to his marriage proposal to her, composed of various poems: 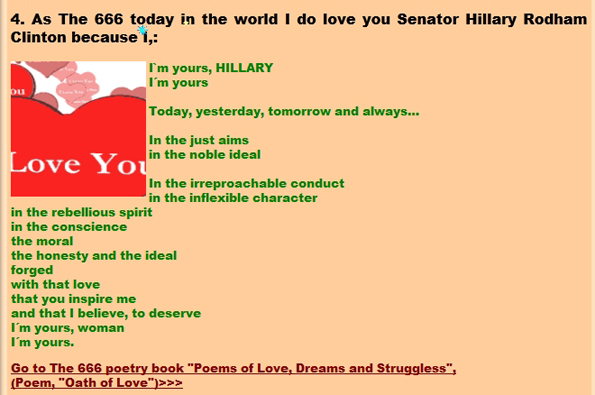 Hillary's spurning of him aside, The 666 still boasts influence all over the globe. Using his many strategic partnerships, he plans to create a "World Government 666," which will "fulfill the historic mission to help avoid self-destruction of humanity and build a paradise on earth." Great, another politician making campaign promises they can't keep.