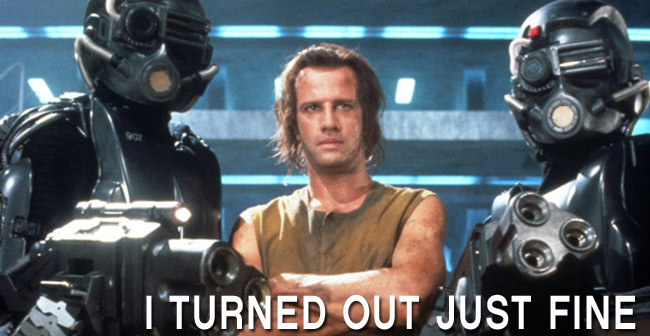 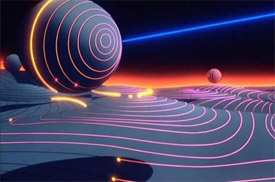 It's as inevitable as the nano plague: one famous dad gets a little out of control with disciplining his child and here comes the political correctness brigade to tell us how we have to raise our kids. Don't spank them, don't yell at them, don't reduce them to thought slime with a deconstructor ray.

It's like this country is trying to outlaw being a parent. No wonder kids these days are listening to blort blip and watching those titty cartoons. Why should they respect us when we are not even allowed to touch them?

When I was growing up we were well aware that backtalk and getting rough with our brothers and sisters could result in pain immersion. We were constantly tormented in the virtual Agonizer Grid for pineal extracts the CyborFreaks used to fuel their monstrous transformations. I must have experienced the pain of death a thousand times before I turned sixteen, and I turned out okay.

Now, I'm not saying my CyborFreak didn't make mistakes. He was a single Level 5 upgrade watching over an entire sector of irradiated outlaws, but I'll tell you what all he had to do was dissolve me in virtual acid ten to twelve times and you can bet your ass I never missed sewer duty again. That was how he kept us in line inside the bunker.

So one dad uses a switch on his son or pops him so hard he gets a little booboo on his head. Big deal. It was part of the culture growing up in the bunker. You step out of line and you are subjected to simulated agony in the Agonizer Grid. You learn real quick. 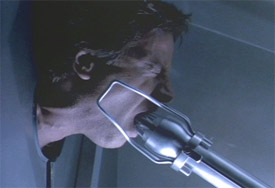 That's all great if you're a CyborFreak, but not every dad can insert their children into the Agonizer Grid and force them to compete in sick games of skill in order to win their freedom and avoid the pain of virtual death. Sometimes you have to spank your child or whip them with a tree branch or flense them with a laser scourge. Whatever it takes to shape them into a man.

That was what my CyborFreak did to me and it helped make me who I am. I'm not a cannibal anymore. I am one of the best mutant hunters in the biz. Some people even call me a star. I barely flinch when battling rat heads in the ruins of the under city. That's my upbringing. That's discipline my CyborFreak taught me in the Agonizer Grid.

It should be praised, not condemned and definitely not treated like a crime.

Also I am never going to stay in a Radisson again. Double Tree still respects the rights of parents to discipline their children and they have a warm cookie drawer at the check-in desk.