With an opening weekend box office total that would make a Zimbabwean say "Damn, that's a big figure", The Dark Knight is the biggest hit movie about a billionaire playboy using his gadgets to fight crime for almost 8 weeks. I have assessed the situation and decided to capitalize on the success of the latest Batman movie with a Caped Crusader-themed Goldmine. This means that when Oliver Stone's W. becomes a huge success this article will probably feature a bunch of Photoshops featuring George Bush as a monkey so you may want to skip reading that week. Anyway, Batman is the theme right now, with the artists looking to draw pictures of the superhero who famously took on the powers of a flying mammal when he stepped into a time machine holding a bat. Enjoy the following images that the dark, brooding loners known as the forum goons have come up with.

Fragmaster is a familiar face to long-time Goldmine readers, which is why I have to pretend I care about him by making his entry the first. 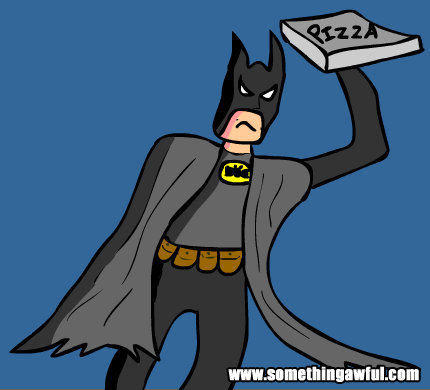 A HUGE FUCKIN BLUNT illustrates the emotional few seconds before Batman finally got revenge on the balloon which killed his parents. 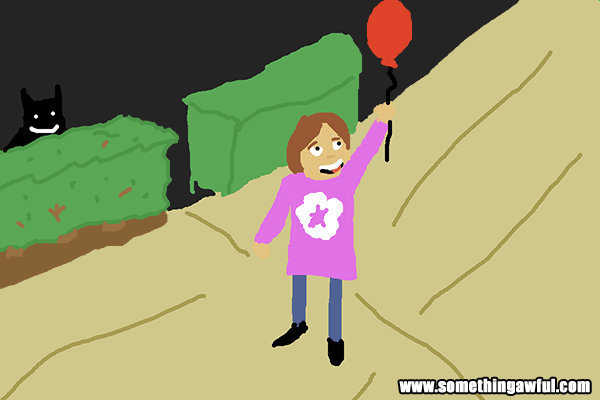 Bird Nerd just slipped into his superhero alter-ego Bat Geek with this wonderful drawing suitable for children of all ages. 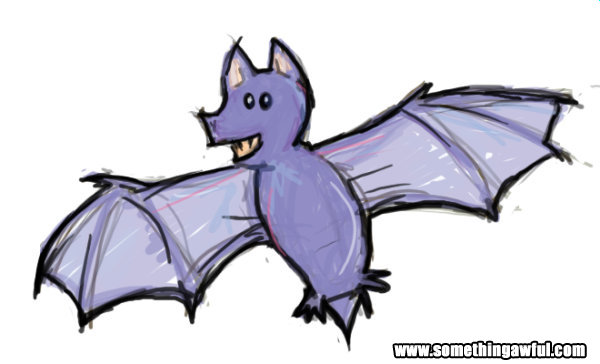 I believe that Cooky Puss comes from a family with a proud tradition of looking after bats, so they will clearly be disappointed by this terrible contribution. But at least it still looks better than DC Vs Mortal Kombat. 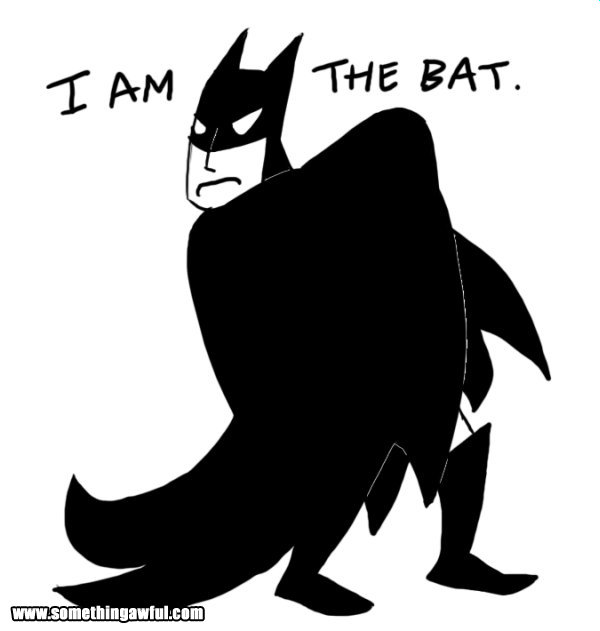