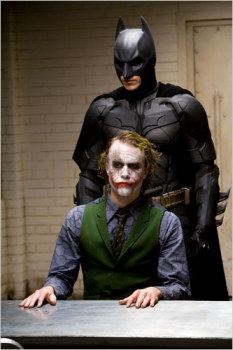 I filled out an application for Starbucks a few weeks ago and it asked what I liked about coffee.

How is that relevant and how do they expect you to answer with a space not large enough for a full sentence? "Gee, I like the way it tastes"? "I can sell it for money"? "I have a cat named Coffee and he's really cute"?

"What is your biggest weakness?"

It got a laugh, I got the internship.

I was interviewing with two managers for two different positions. "If we both want to hire you, and we arm wrestle over who gets you, who do you think would win?" I answered, "Me!" because I wanted either job and that would be a great scenario. I now work for the person who would have totally dominated the arm wrestle.

"If you were a hot dog, would you eat yourself?"

I was still living with my folks, and I was applying at a newspaper some 500 miles away. Yes, I was trying to get away from my shitty hometown.

The interviewer asked me if I'm willing to relocate for the job.

I was asked something along the lines of "What would you do step by step to get out of this room?"

I replied with "I would stand up, put my chair in, open the door and leave". Then the interviewer said the door was locked. I rambled on I cannot remember what I said, but god damn it was a retarded question.

I got the job.

Him: "Describe yourself in two words."

Me: "Innovative and Creative."

Him: "Can you explain what you mean by that?"

He laughed, and I got a offer for a Officer position.