> Walk among the demonic army and provide them beer while offering an endless field of weed if they assist you with entering the fortress.

> Charge. Make sure that the flesh golem is out in front killing demons with pelvic thrusts. 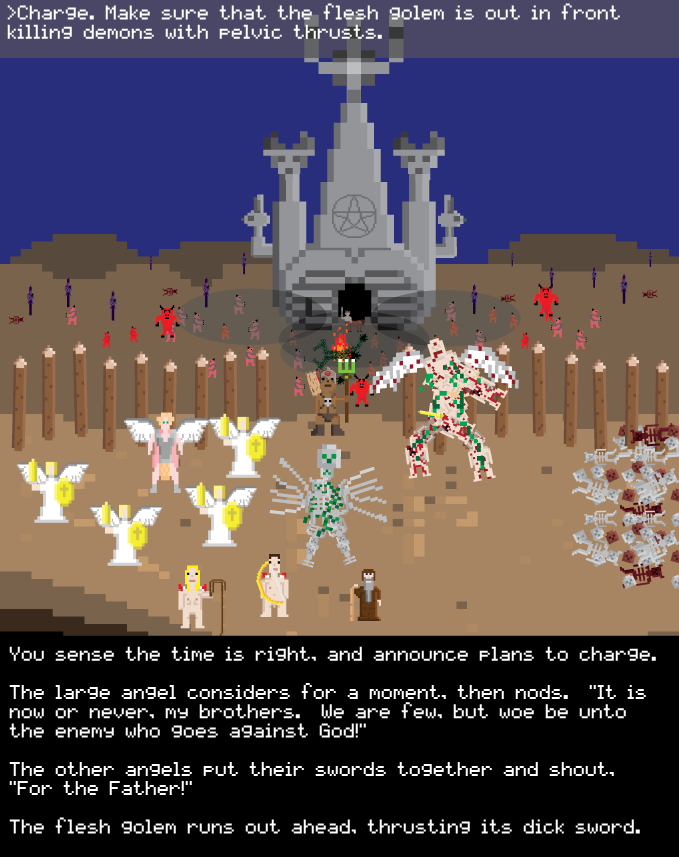 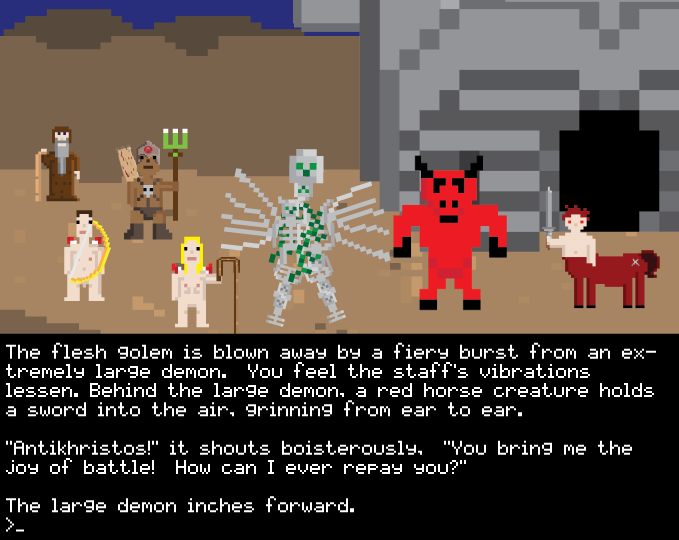 > Act like you know the centaur, ask him about his family, tell him you share his concerns but that you have to work with an obstructionist congress *gesture towards Bob and Wife and Old Man*

> Have the skeleton-golem close its wings around the demon like some sort of venus flytrap. 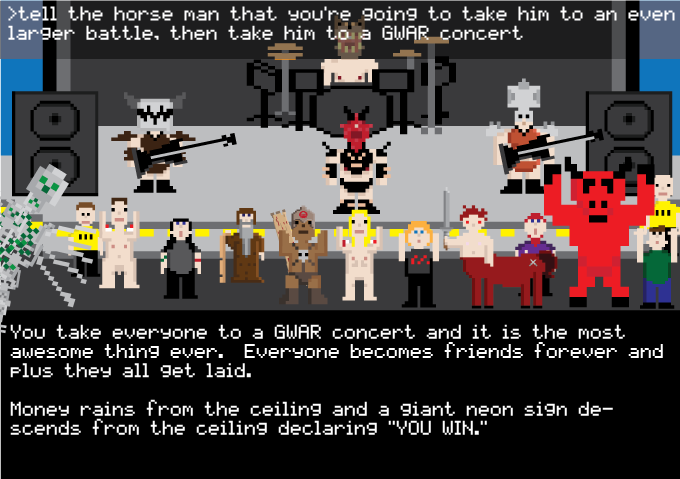 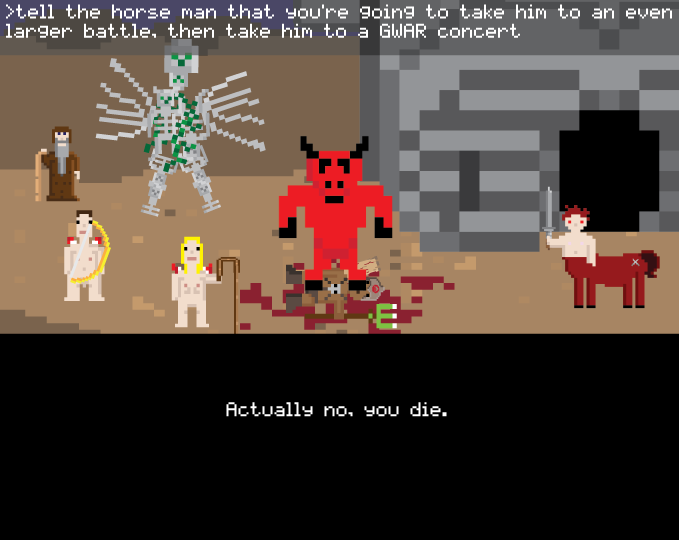