King of the Hill!

The Internet loves King of the Hill, not so much due to an inherent appreciation of subtle, gentle satire but rather because nuanced animated characters provide the perfect blank slate for totally random lol videos in which the show's characters are edited to say things they would not normally say! Also, they're an inviting subject for incongruous anime crossovers and deviantArt slash and everything else that happens to the Simpsons, but it's more striking because we're not already used to seeing King of the Hill characters stupidly depicted in once-ubiquitous, uniformly embarrassing official merchandise. A few SA Forums members made original Photoshops based on the show; a larger number contributed strange fan art; more still linked to the aforementioned wacky YouTubes; and the majority chose to debate and analyze the characters' motivations and genealogy. I'm going to pretend like the latter things never happened, but here are the images!

When analyzing a theme that goes spectacularly awry, like this one did, it's essential to start with the original post. Gath titled his thread "BOBBY I got propane in my urethra!" and offered this setup:

My name is Hank Hill. I fucking hate my life.
My shitty life is all about selling propane. Fuck that gas. All those jerks can blow that LP out their ass. I cant take it any longer.
Man I need a cigarette.

Me and my family. If you want to call it that. All I do is come home and get yelled at Fuck my life.
I'm have been born to lose. Fucking Pain storm.

I'll tell you my shitty story. It goes like this....

Clearly offended by his liberal use of profanity, the SA Goons completely ignored this template and just posted whatever KOTH-related JPEG, GIF or URL they wanted, much to Gath's dismay.

You guys are fucking killing me.

But forget about Gath: He's gone and it's too late for him now. Let's proceed with the original creations (the rest of this page, also page two and possibly three) and fan-art finds (the rest)! 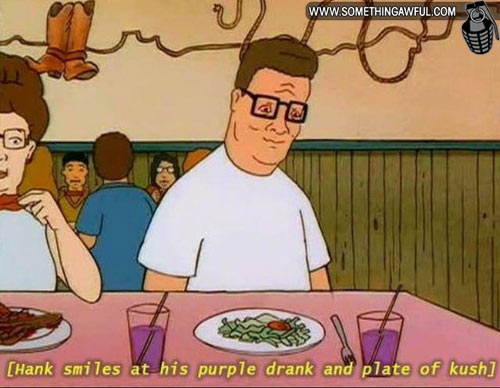 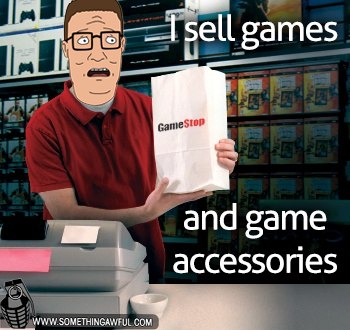