MMORPGs (Mindless Mage, Orc, Rogue, and Paladin Games) are the biggest thing to hit the internet since people grew tired of illegal music, pornography and pictures of Sonic The Hedgehog photoshopped into movies. However, I am just a simple forty year old Christian mother of two, and I don't know what the hell they are. To clarify, I asked Something Awful's own World Of Warcaft expert, Abraham. He told me that MMOs are "a bad idea made worse by a lot of people". This was an incredible waste of my valuable time, and lead to my son being more than eight minutes late for soccer practice.

Fortunately, I discovered that the SA forums had their own MMO industry insider. Going by the name of Lum_, this kind-hearted peddler of evil video games took time out from his busy schedule to give us all a little background on what it's like to witness the MMO scene from the point of the developer. He pulled no punches in answering questions from forum members, and now I'm going to thank him by making his answers public and possible costing him his job. Thanks again, Lum_! 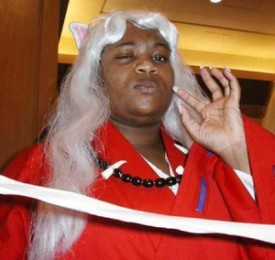 Rules:
- No trade secrets will be divulged. I still work in the industry, y'know.
- No direct commentary about competitors because that's not kosher.
- ...that's about it, really.

Q: What's the worst you've ever heard of someone getting into one of your games?

A: Remember the Cloudsong YTMND? That's probably the funniest, anyway. Lots of stories of wives leaving husbands to travel across the country to meet up with guild leaders they've never met in person. But that's not as funny!

Q: Does the industry feel to blame for enabling social misfits to lead a fictional on-line and perhaps push the partially mentally imbalanced into even further insanity? I mean I know it's not your guy's fault, you probably want to just make a fun game.

A: Yeah, that's really it, we're just in it to make fun games. I know there's some who think MMOs purposefully use variable reinforcement techniques to keep people addicted, but honestly it's because most designers aren't creative at all and simply copy what was in their D&D campaign or their favorite text MUD.

Q: I guess it probably sucks though, hearing stories about people abusing your product. (Russnote: THIS IS NOT A QUESTION)

A: Well, to be honest... you know, it takes over a hundred people to make "an MMO". So it's not like you feel "Hey, something *I* did broke up a marriage." I mean, on DAOC I fixed Necromancer LOS (line of sight) bugs. I'm pretty sure no one left their husband over an LOS bug. There's a layer of disassociation there.

Q: Do you think people know if an MMO is going to be shit before it's released? Do you think the guys who made Vanguard were surprised by the low subscription numbers? What's the vibe like as an MMO is wrapping up development?

A: Not commenting on specific games.

But yeah, people know when they're working on a game that isn't fun. It hurts team morale. No one wants to make something that sucks!

The vibe on an MMO pre-ship -- relief that the long hours may soon end, tinged with expectant horror that no, they're about to get a lot worse now that players are involved. You *know* things are going to go wrong. DAOC had a supposed 'perfect launch' and a bug I was responsible for took down the entire customer service system (and with it, all the game servers for about 10 minutes). I didn't go home for 3 days.

Q: What sort of training/schooling do you have on your resume?

A: I'm a college dropout who bummed around the country for a decade or so. This is not a career path I recommend!