Post-apocalyptic scenarios are everywhere these days, from the TV show Walking Dead to the movie franchise Hunger Games to the guy at the bar who uses "what would YOU do in case of zombie emergency?" as an icebreaker. Now they're also on the SA Forums, thanks to Misandrist Wytch, who posted a tactic that's served him well during his travels ("Headshots are the weakness of both Zombies and Humans"), then opened the floor to FYAD for additional survival tips and tricks!

1. Weapons. Have a supply of sick weapons, machetes, shotguns, and my personal favorite....The flamethrower! Roasted zombies anyone?

2. Prep, prep, and more prep..have a plan. I recommend hitting up hardware and pharmacies first, then what?...high ground motherfucker, get to it.

in preparation, be sure to assign your friend group specified roles. for instance, your fat, rarely-hangs-out irl 4chan friend can for instance be the computer savvy codebreaker. your gym-going friend who always wear basketball shorts and has lacrosse stick in his car can be the brute force guy... the "tank", if you will.

Right after the apocalypse i set up with a few other goons (honestly probably most nongoons dont even know if i survived) in one of their chill apartments. I know what you're thinking... goons... but honestly we have by far the least sus living situation I have seen anywhere in the post apocalypse so far. As we speak we have a two-man team out scavenging for noms, and Ryan is troubleshooting to see whether we cant connect to PlayStation Network because of a local issue, or if its really down on Sonys end. The apocalypse was kind of a wake-up call for us.. we're really good about doing the dishes now and not letting them pile up in the sink.

zombies arent spergs or anything they just really want some noms

[after my group finds out that ive been keeping a pet zombie in the man cave and have been feeding it pieces of the beta manlet Mark] Now now guys, everyone has a right to noms, undead or not.

Life, Liberty, and the Pursuit of Noms- Thats the basis my post apocaplyptic empire will be built on, and if you don't like it, you can whine to my modded Nerf CS-18 N-Strike Elite Rapidstrike Blaster.

Dear friend who is leaving our encampment to go live with his girlfriend in her postapocalypse community,

1) You made a promise to us - your friends who have had your back for years, and you are betraying us, all to run off with a girl you've only known for two months. You aren t just ditching your friends: you're a abandoning a society that was planned with you as an important part of it.

2) Stop lying to yourself, her community is much, much more fucked than ours. The quality of life is garbage. How many times do you think they've played beer pong over there Rob? Probably not once. I honestly consider them like real-life badguys and we are the good guys.

Kaylen: Holy Fuck! They're eating everyones brains!
Me: You should be safe than 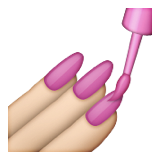