People often speculated that Something Awful's physical office (RIP) was a magical place populated by mystical, imaginary Internet creations like Slender Man, "cats" and Kevin "Fragmaster" Bowen. In fact, the only creatures who ever visited the place were puppies, symbolic of SA's underdog status. Also, one-time administrator Hank "Peatpot" Meeks owned a snake, and while he never brought it to work, he did store snake food (a bag of dead mice) in the freezer, which was an unpleasant surprise for Rich "Lowtax" Kyanka when he went to grab some pizza rolls. As an honorary office animal, the snake gets a tiny showcase on page 2, but first, let's have a little fun with Frank the flying feline!

This is Frank and he is flying. Fly away frank. Fly away. 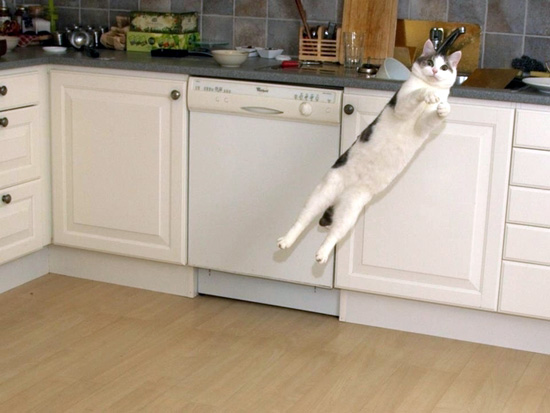 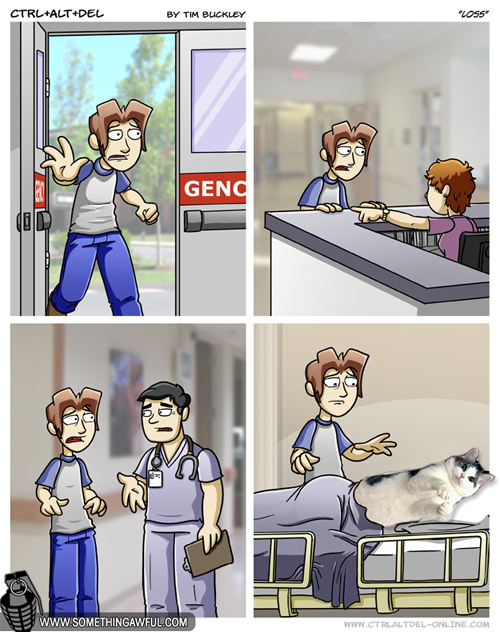