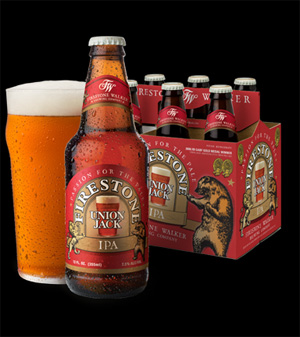 There came a hazy pour, like the refraction pattern of a Torbit Shield, dropping into a Helfmann's Suspension Flask from a distance of two meters. The house imbibery was immediately filled with the sunny smell of hops. These were faraway hops from the rockfalls of the west wall and tasted of soft desert mingled with the Sea of Peace, pine, stone, and fresh baked bread.

The beardman was Quali and was called Yult Cherrik and came from a long line of blood-encrypted hypno-barbacks. His brewery conditioning had long ago been unraveled by a need to serve his customers spirits to their liking. As one of the elect of Quali, his arrogance persisted, and he approached my order with some hostility.

"Firestone Walker Double Jack?" he said and held out the Helfmann's Suspension Flask. I took it from him with a crackle of field refrigeration. He frowned. "Adjust two degrees by five five copy one."

His brewery conditioning swam up from the depths of his subconscious. I adjusted the flask settings and the field crackled again, hissed, and gave off a puff of steam. The beer reached a perfect temperature in the zone between sonic refrigeration and room temperature. He did not smile at me. It was not his way.

"That is a fine beard," I said to him. "May it bring blessings to your people."

The beer tasted good. I liked it.