The Original Cast Of Half-Life

The central figure in the most revered FPS series of all time is the exact opposite of the sort of sneering, musclebound marine you would expect, and we wouldn't have it any other way. 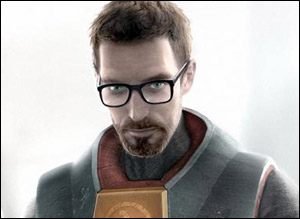 It's hard to imagine Gordon Freeman without his slight frame, trimmed goatee and standard-issue nerd glasses. Unless you've seen this early character model. 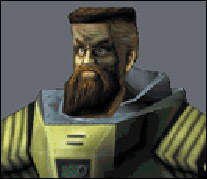 This version of Gordo Boxham is very real, and has popped up a number of times to frighten and confuse new generations of gamers in the twelve years that have passed since the release of Half-Life. Very few people, however, have seen the original models for the series' supporting cast.

Leisure Suit Larry: Box Office Bust
Does such a great job of making the rest of the series seem brilliant that the box might as well have just come with rose-tinted glasses and a poster with the boxart from the first six games. 0/10

Demigod
If it makes the degenerates who play Defense Of The Ancients eighty hours a week cranky, I'm all for it. 7/10

World In Conflict: Soviet Assault
An overpriced pack of six missions that just might convert a large portion of the audience to Communism. 3/10

The Godfather II
When you play with the mafia, sometimes you wake up with horseshit in your DVD tray. 5/10