What is the meaning of Olympics? Based on this ongoing SA Forums poll, "dogs" and "misery" are running neck and neck for top honors, with "tarps" settling for bronze. It's unsurprising, then, that dogs and misery factor into many of these Sochi Photoshops, while there are no tarps to be seen! 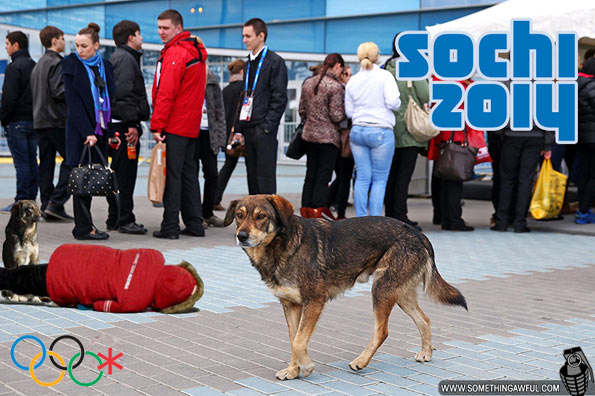 One of the trickiest things about the Sochi 2014 Olympics theme is that people might be tempted to write lots of words about sociocultural context and such, despite the fact that Insanite specifically requested Photoshops and even posted the above starter image to serve as an example/inspiration! Here's a sampling of the point/counterpoint exchanges that took place in the early stages of this thread:

It's funny that Russia wants to be taken seriously as a super power and then they don't even bother getting clean water running to hotels filled with western reporters when the entire globe is watching.

Russia doesn't need to look good. They are purely an extraction economy. There is a reason why the Russian oligarchs are gobbling up foreign assets instead of investing more into Russia's own economy.

With those issues conclusively addressed, we move on to the next obstacle - the already-outrageous nature of Sochi Games imagery. I'll include unaltered pics or news links before some of the credited Photoshops, so people who haven't been following Olympic misadventures can double their enjoyment!

Here's the Polar Bear mascot that NBC omitted from its opening-ceremony coverage for some reason: 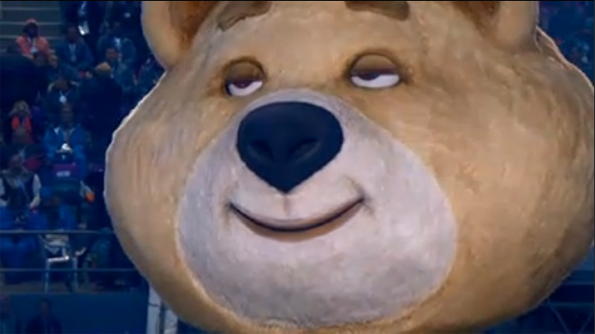 I made it more Sochi 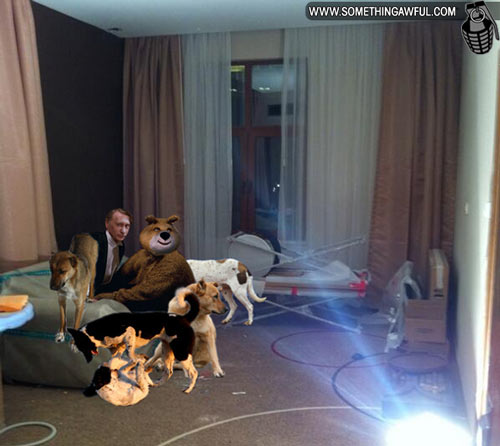 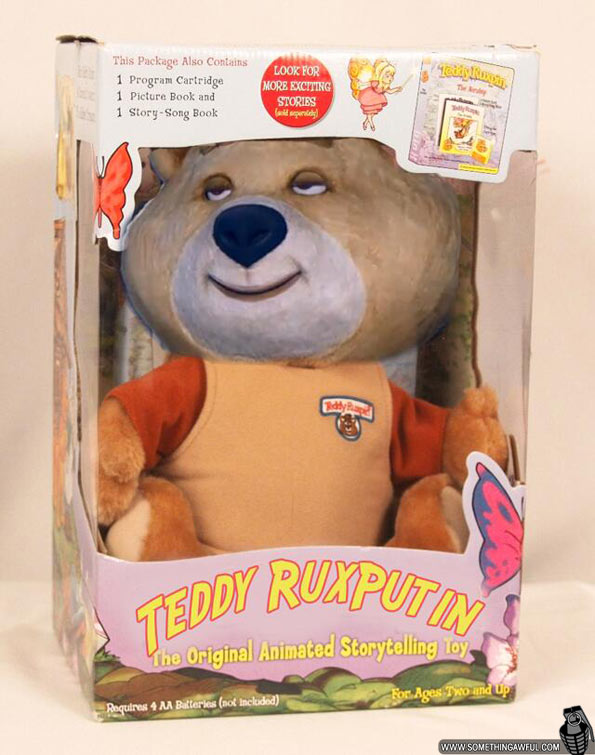