A mature Zelda game set in the future...

Now that posting veterans at forums such as Something Awful have entered their 30s and 40s, it's time for them to put away childish things, or rather to enhance the childish things they still enjoy with fairly fucking fucked-up adult features like graphic violence and sexual situations! This has already happened with comic-book superheroes and PG-rated Lego movie and Miley Cyrus, leaving Nintendo video games as the only form of entertainment popular with young people at some point between 1980-2010 that hasn't updated to reflect the brutal realities of modern society. Critics panned recent Legend of Zelda releases, complaining that each game is more woefully out of touch than the last. Fortunately, Skylark/FYAD have brainstormed ways to revive this outdated franchise!

Instead of a horse link drives a car that is still named Epona. The first song you learn is called the Song of Darkness. One of the dungeons is called the sorrow temple. And you hold the shield in one hand, but the "Master sword" in your other hand is now a gun.

After months of agonizing over how to bring the Zelda series more into the present to attract a younger audience while still keeping the essence of the series alive for the fans, a Triforce insignia is added to the handle of Link's beretta

The slingshot will have a silencer and you can use it to do execution-style finishing attacks on fallen lizards.

The old guy in the cave goes "It's dangerous to go alone! Take this"... and hands link a motherfucking chaingun. 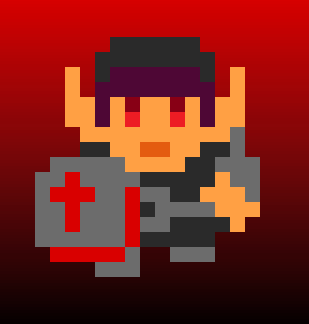 just something ive been working on... all feedback appreciated..

The bombs are a futuristic device similar to C4. They have a digital timer on them, and while I am not sure about the technology, but they definitely glow light blue

The Goddesses give Link a powerful shield emblazoned with the iconic The Joker facepaint, but instead of smiling the mouth is sad (both to be cooler and to not infringe copyright).

linke calls himself the hero with the tearaway face, because he has the masks of 1-9 (see previous post), which sounds pretty scary in and of it self, but it's also a good 90s ref so it's not just grimddark for grimdarknes's sake, but also will give some good feels.

Because it takes place in the future, this games incarnation of Kakariko Village is called Kakariko City.

Link is a 47 year old virgin IT consultant who gets sucked into a copy of skyward sword, the game is basically a parody with him being really snarky about the characters, mechanics etc, calls Fi a stupid bitch for gamers everywhere, rest of the game is functionally identical in nearly every way