Tales of the Hotel Industry

If you've ever been lucky enough to stay in a hotel, you'll know that adventure lurks around every corner. Will you find a used needle lying in the bathroom? Has the TV remote been stolen? Each day is an exciting tale of survival as you try to convince yourself that you don't need to buy pay-per-view porn. What you don't always see are the lucky individuals who spend their entire day working within these places. Surely with so many people coming and going every day, there are a million stories waiting to be told? That's exactly the thought process behind Mithra6's idea to share some of the craziest tales of the hotel business with you. A few other of our forum goons privy to the inner workings of the hotel trade were also keen to share their horror stories. Gasp in amazement as our goons let you into their world of mysterious beauty known as the hotel industry. 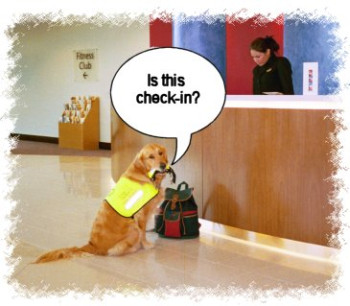 To start you off, here are a few of Mithra6's tales of the unexpected.


I worked in the hotel business for 15 years - between 1990 and 2005. During that time I gradually worked my way up from lowly telephone operator to IT manager. All of these hotels were 4 or 5 star hotels.

During these years I built up a few stories which I figure I might as well share some stories as I think of them.

This is enough to make Stephen Colbert shudder.

No this was not a furry convention, nor a convention of Chicago Bears fans, though these were bears many of whom likely lived in Chicago. For those not in the know (and I wasn't until this event), a bear is a large (most of the time fat) hairy gay man. The bears had a convention every year in a prominent hotel and promptly lost dibs in that hotel for the next year due to their debauchery. Thus, they bounced from hotel to hotel every year.

This particular year, the Marriott told us that they were turning away the bears this year and asked us if we wanted them. Our naive sales staff said "absolutely!".

We knew that the bears weren't shy, so we gave them an entire floor of meeting rooms, about 5 rooms I think, so that their particular flavour of Babylon could transpire in private.

It didn't work out that way.

That weekend was filled with scores of fat hairy gay men wearing chaps and little else promenading through the public areas with their cubs. Yes you see, cubs are their hairless counterparts. Lots of bare hairy butts were observed. Lots of fat shirtless men were also observed. Well actually that's not entirely true - some wore leather harnesses.

One guest was in the hotel for a family getaway and coincidentally he happened to be a large hairy man. He was approached a lot. There wasn't anything I could do but apologize.

A grandmother complained because while she was in the pool with her two very young grandsons, there were two bears in the pool making out. This wasn't the reason why she complained. Her problem was that her two grandsons seeing the two bears kissing, decided to try it out for themselves. Well at least they got along I suppose.

I don't think the bears returned to the hotel after that.

The hotel I worked at for the longest was very old and had lots of secret little cubby holes. When I was night manager, when I did my walks, I would regularly check them, not just because of employees wanting to sex things up, but drunken guests would wander in there. I found passed out people in one of the banquet store rooms, and one time a guy on drugs let loose in a back kitchen area.

Anyhow, one of the security guys used to catch people all the time. One time he went to the 32nd floor VIP lounge, and found a couple totally naked and fucking like there was no tomorrow.

The guard walked in and said "Ok you have to go". The couple said "O-O-One minute please".

The guard, thinking that he would make them uncomfortable, sat down in the chair and hung out.

Finally after about 5 minutes, the guard said "OK guys, this is getting weird, let's go."

One time some German girls decided to skinny dip in the pool. That was fun. Security waited a bit to put the call through. The security cam was too fun to watch.