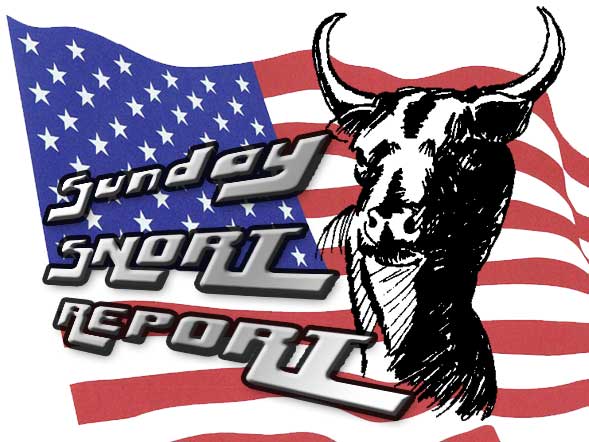 This is the second edition of the Sunday Snort Report. Tonight we have a special correspondance brought to you by our anchor Robert "Closeknees" Smith entitled "POISON" (not the song)

When you think of chemicals you probably think of something that would kill your pets or give you cancer not something that you would place into your mouth. But that is exactly what millions of Americans worldwide are doing everyday and they’re swallowing it too.

Not only are the items you use filled with chemicals but the chemicals were put there by corporations. And these corporations make hundreds of products, products that you use every day. And why do they make these toxic goods? To make money. That’s right they are just in it for the money and they’re making a metric fuckton of it.

So why isn’t the government doing anything to try to stop it? Well let’s just say they get a cut of the action in a kick back known as “taxes.” Taxes account for millions of dollars a year straight to George W. Bush’s pockets just so he can look the other way while you are poisoned by lycopene, shikimic acid and carbon dioxide.

You’re probably saying “I’m enraged but what can I do but be raped by monolithic corporations and a racist warmongering government?” Do some research and boycott any product that contains chemicals. I’m sure there is a wikipedia article about it somewhere and I’ll update my blog with it later but until then take action!

Please tell everyone you know by emailing them, IMing them, or posting this on their myspace. Don’t be another ant squashed under the bloodstained boots of corporate neo-fascism. On to you, Kevin!

This is Kevin "TheGoblin" Wilson, your sports weatherman, here to bring you all the facts about the weather and sports in one smorgasboard of lies and disguised authority. This week I'll be doing the weather and sports for Europe. A very intense tennis match broke out between cupid, greek symbol of love, and a tornado broke out this week. I believe the score is "love", but that judgement is being investigated due to cupid's possible tampering with the judges. In other sportsweather news, all those places that are purple are likely to either get freezing rain or an overtime, not sure. All the green places are eligible to get a free drink somewhere in those countries. And finally, the football match between the sun and Captain Britain intensified when suddenly the sun grew a foot. That's all the sports news and weather for this week.