Thursday, Jan 19, 2006 by Bob "BobServo" Mackey
UNDISPUTED FACT: No matter where you are or what time you're reading this, I am behind you BREATHING SOFTLY ON YOUR NECK

I like to think that I'm somewhat good at writing, because on semi-regular occasions I have received cash payments for my services. It's almost like how garbagemen are hired based on how far they can throw bags of human waste; someone obviously thought that I had a skill which others lacked. I tend to leave the human waste hurling to trained professionals, or for special occasions like birthday parties of people I don't like, but I do know a little about being funny that I will share with the 2% of you who chose to read The Daily Dirt. 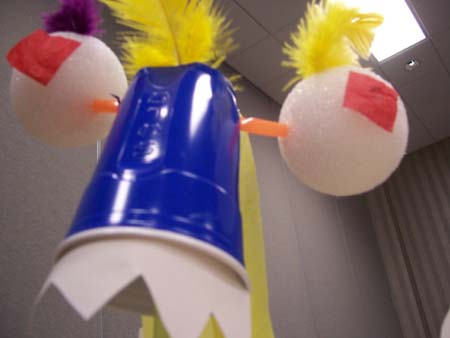 How to be funny:

Yes, there are books you should read and avoid, but you've obviously discovered the internet, making books irrelevant! From here on, you just need to follow my advice for about ten years, all while spending an appalling amount of time alone. You may develop severe emotional problems and chemical dependencies, and also grow to hate everything that surrounds you, but at least you can say "I am a writer for the Internet" before the orderlies notice that you chewed through your restraints again. And whether you're being held down while sedatives are injected into your arm, or finishing another bottle of Uncle Daddy's Feelgood Juice on your own time, you can thank me for helping you make it that far. Thanks, me!

Next Time, on THE DIRT

In the next exciting episode of The Daily Dirt, I will be giving advice on pets, relationships, and pet relationships, even if no one sends in questions! But please send in questions so I don't look like a dummy! Just e-mail bobservo@somethingawful.com, and you may find yourself part of the next marginally exciting installment of... THE DIRT!